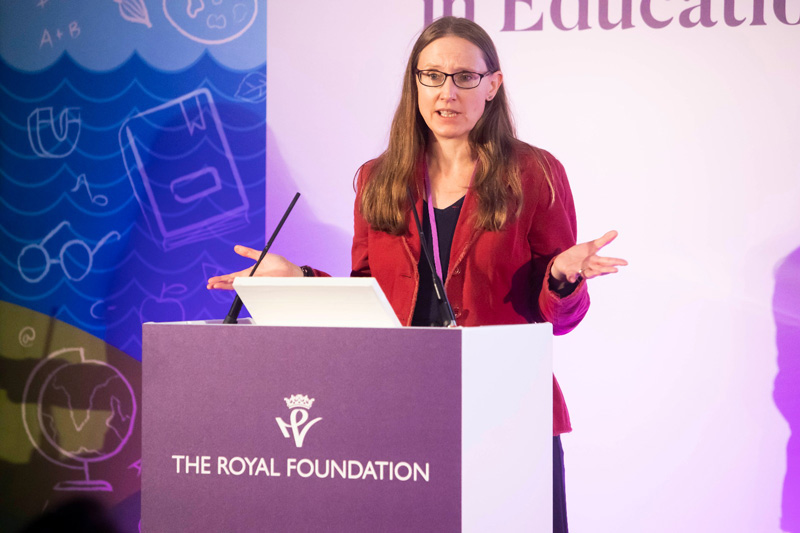 Children who are excluded are more likely to develop a mental health condition than their peers who stay in mainstream, a leading researcher told the Mental Health in Education conference on Wednesday.

“It won’t surprise anyone that children with mental health conditions, particularly the more disruptive ones – ADHD and conduct disorder – are more likely to be excluded,” said Tamsin Ford (pictured).

The decision to move a pupil to alternative provision should be made for the good of the child and not the school, said Ford, professor of child and adolescent psychiatry at the University of Exeter Medical School.

“Schools have to function, and managing behaviour in school is really hard, but maybe moves to alternative provision should be about meeting children’s needs and not because they’ve had ADHD and they’re being put in a situation they cannot cope with and not being provided with a sufficient remediation period.”

Ford was referring to official exclusions, but her words echo the definition of off-rolling used in the new draft Ofsted framework: “the practice of removing a learner from the provider’s roll without a formal, permanent exclusion or by encouraging a parent to remove their child, when the removal is primarily in the interests of the provider rather than in the best interests of the learner”.

Moves to alternative provision should be about meeting children’s needs

It also found that children with a mental health disorder were more likely to play truant, particularly those with ADHD, and not all of them received effective treatment, Ford said.

“ADHD responds to various drugs, to treatment, and that costs a lot less than alternative provision, yet only about a third of them are getting into clinics – and clinics have long waiting lists.”

A third survey was done in 2017, and the follow-up research at the three-year mark was originally commissioned to run in 2020, but government funding has stalled. “We have lots of people saying yes, we need to do this, and nobody coming forward with the funding.

“There is some academic work suggesting the outcomes for children and mental health are worse now, and if we had three samples over two decades that were followed up with diagnosis it’s almost a complete dataset and we could actually unpick that.”

Ford was speaking at the Royal Foundation conference at Mercers’ Hall, London, attended by the Duchess of Cambridge.