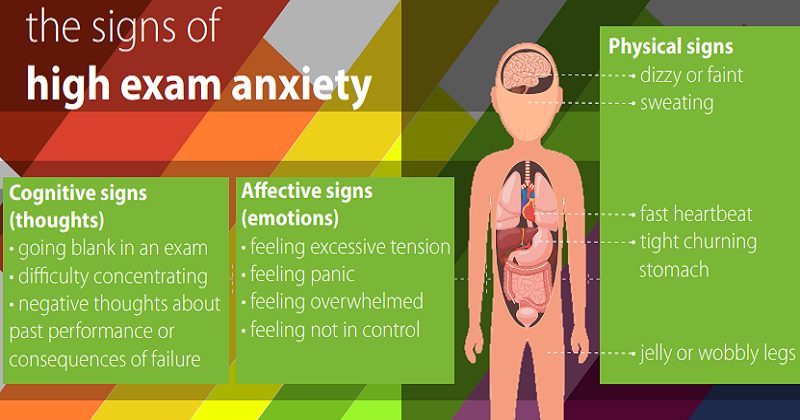 The exams regulator has released new guidance for pupils which states that exam stress is “not necessarily a bad thing”.

Pupils stressed with exams could do mindfulness or yoga to cope, Ofqual’s guidance published today states.

The watchdog has also launched a series of blogs for teachers on supporting pupils with test anxiety, with the first out today.

It follows attempts last year by the education secretary Damian Hinds to downplay the impact of new GCSEs on pupils’ mental health.

Ofqual’s new six-page document, released in partnership with the Liverpool John Moores University, says stress can help pupils find the “‘get up and go’ they need to succeed”.

The document, called Coping with exam pressure: a guide for students, says that although it can be overwhelming, feeling stressed can be a “great motivator”.

Some other pupils are “indifferent” to stress, being neither positively nor negatively effected by it, it continues.

Stress can also be a “bad thing” for pupils when exam pressures become overwhelming.

Meanwhile a blog post by Kevin Woods, professor at the University of Manchester Institute of Education, and Rob Buck, a lecturer in education at the institute, said studies indicate 100,000 pupils out of the 600,000 who take GCSEs each year experience “high levels of test anxiety”.

The later blogs in the series will tell teachers about individual and group-based interventions to help reduce those anxieties, they wrote.

Schools are currently gearing their pupils up for high-stakes exams this summer. Reformed, tougher GCSEs were introduced in 2015 and have proved controversial, with some claiming they have had a detrimental impact on pupils.

Meanwhile two-thirds of 650 secondary school teachers said the way new A-levels are assessed has made more pupils extremely anxious and stressed, according to a poll by the National Education Union the same month.

The new guidance for pupils explains how to control physical reactions to anxiety, such as slow breathing techniques, and how to feel more confident about exams, such as replacing negative beliefs with positive beliefs.

It also advises them to plan their revision through “achievable and manageable targets” that are short-term and include a time-limit.