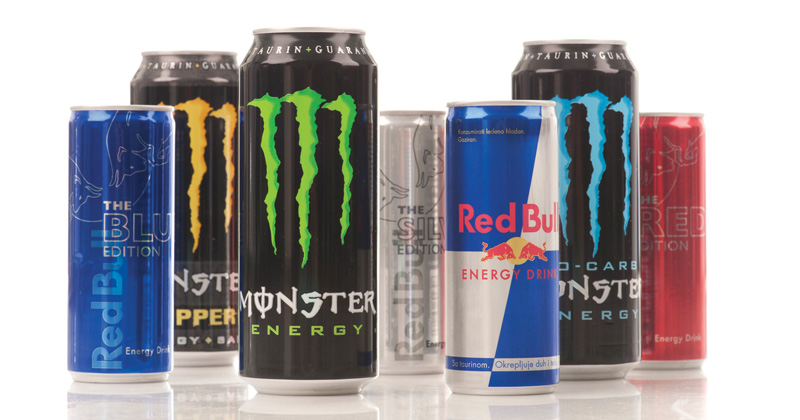 A move by the government to consider banning the sale of energy drinks to young people has been branded a “major step forward” but “long overdue”.

Downing Street announced last night that the Department of Health is to consult on proposals which would see all retailers banned from selling drinks that contain more than 150mg of caffeine per litre to children.

Many supermarkets already refuse to sell the drinks to under-16s, and schools are discouraged from selling them to pupils. But an England-wide ban is now being considered after the prime minister Theresa May described childhood obesity as “one of the greatest health challenges” faced by the country.

These drinks contain unhealthy levels of caffeine and sugar which have an adverse effect on children’s health, including headaches, stomach aches and disrupted sleep

Teaching and leadership unions have welcomed the move, which follows concerns about the impact the caffeinated drinks have on pupils’ behaviour and wellbeing. In response to a Teacher Tapp survey in January, 93 per cent of teachers said energy drinks should not be sold to children.

“Teachers and school leaders continue to see first-hand the contribution energy drinks can make to poor pupil behaviour and their ability to concentrate in class,” said Chris Keates, general secretary of the NASUWT, who said her  union will “engage fully” in the consultation process.

“Action to restrict young people’s access to these drinks is long overdue.”

The government’s consultation will be led by the Department for Health and Social Care and will include questions on whether the restrictions should apply to children under 16 or under 18.

Geoff Barton, general secretary of the Association of School and College Leaders said the consultation raised an important issue.

“Many schools and colleges already prohibit the sale of energy drinks on their premises; however, they have no control over their purchase and consumption outside school hours. This consultation, therefore, raises an important issue for parents as well as the education sector.

“These drinks contain unhealthy levels of caffeine and sugar which have an adverse effect on children’s health, including headaches, stomach aches and disrupted sleep. This clearly has an effect on children’s ability to focus on learning – therefore any measure that restricts their consumption is one we support. ”

The British Soft Drinks Association has already moved to prevent “commercial activity of any sort relating to energy drinks” by its members in primary and secondary schools. Members are also prevented from advertising energy drinks within 100 metres of school gates.

The sale of energy drinks to children was also officially banned by several large supermarket chains earlier this year, including Waitrose, Aldi, Asda, Sainsburys, Morrisons and Tesco. However, campaigners are concerned that children can still buy them from public vending machines and independent convenience stores.

Guidance from The Association of Convenience Stores highlights there are currently no age restriction of the sale of energy drinks to under 16-year-olds, and describes them as “safe”.

However, it does advise retailers to be “conscious” that concerns exist around the consumption of energy drinks by young people.

A British Medical Journal article from 2016 by Durham University researchers found that consumption of energy drinks has been linked to “self-destructive behaviour, problems with behavioural regulation and metacognitive skills, and poor lifestyle behaviours”.

These problems were reflected in the NASUWT ‘Big Question’ report for 2017, published in January this year, which found that around 13 per cent of teachers cited energy drinks as a key cause of poor pupil behaviour in schools.

Tom Bennett, the government’s behaviour tsar, also spoke out about the detrimental effects of energy drinks on young people in a Schools Week article in January, saying that the health implications of the high-caffeine content in the drinks makes them a “child protection issue” as much as a behaviour issue.

“Children need to be supported in developing healthy lifestyles, as well as protected from exposure to known addictive substances,” he said.

Bennett also lent his support to the Charles Dickens School in Kent, which faced a backlash from some parents at the start of the year after it began confiscating all energy and fizzy drinks, as well as sugary snacks and unhealthy food, from pupils’ bags.