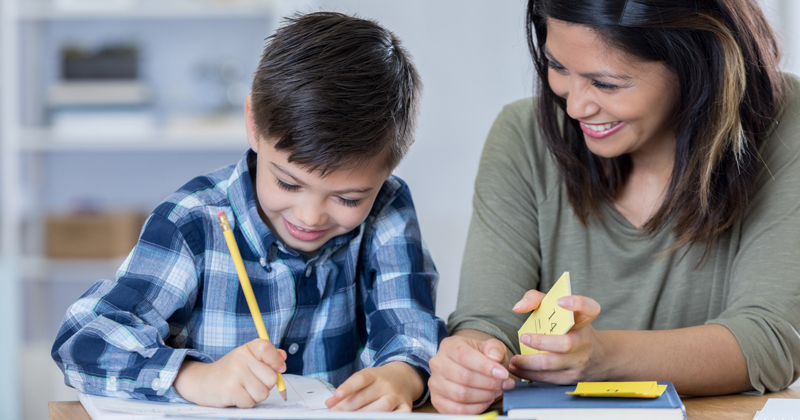 Children receiving weekly maths tutoring make three months’ more progress than those without a tutor, according to new research from the Education Endowment Foundation.

The study examined the impact of tutoring on the maths attainment of year 6 pupils identified by their teachers as working below their age-expected levels in the subject.

The tutoring was provided by The Tutor Trust, an education charity based in Manchester which offers small group and one-to-one tuition to primary and secondary schools, by recruiting and training university students and recent graduates as paid tutors.

The 1,290 children in the study received 12 hours of tuition, usually one hour per week for 12 weeks at a cost of £112 per pupil, with most schools opting for pupils to be taught in groups of three, and for sessions to take place during school hours.

Pupils who received tutoring from Tutor Trust made three months’ additional progress compared to children in control schools who were not tutored.

In March this year, research from Professor John Jerrim of the UCL Institute of Education also noted the benefits of tutoring, suggesting a tax on private tutoring services would help “level the playing field” for lower-income pupils trying to get into grammar schools.

Meanwhile the government has been looking for ways to boost maths teaching, including offering early career bonuses for maths teachers who choose to stay in the profession and trying to encourage universities to open speicalist maths schools.

In the EEF trial, pupils with lower prior attainment tended to benefit more from the tutoring, suggesting that the approach “may be particularly beneficial for disadvantaged pupils”. There was also some evidence that girls benefited from the tutoring more than boys.

Pupils and their teachers reported that the tutoring increased pupils’ confidence and “extremely positive examples” were observed where tutors and pupils had built up “productive relationships”.

Teachers also said they valued the presence of an additional adult to support pupils with their maths and key stage 2 preparation.

In some schools, challenges arose around communication with tutors, particularly about the language and approaches used to teach certain concepts. The research found some weaknesses in tutors’ subject knowledge for the key stage 2 maths curriculum, but suggested this could be mitigated by better training and testing.