Spending by schools on education consultancy increased almost threefold between 2002-03 and 2016-17, according to official Department for Education documents published today.

New statistics published as part of a drive to cut school costs show that consultancy, back office costs and education support staff were the spending areas which saw the biggest real-terms increases over the 14 year period.

Spending on teachers rose by 17 per cent in real-terms over the same period, compared to a 42 per cent real terms rise in overall school spending per pupil. In more recent years, however, there has been a real-terms fall in spending. 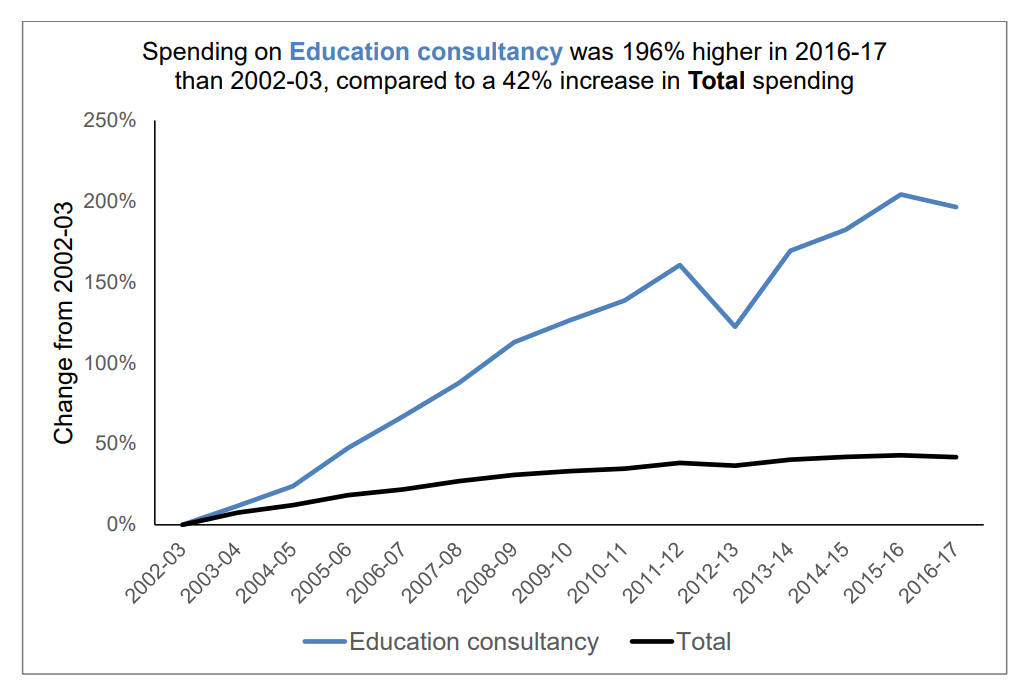