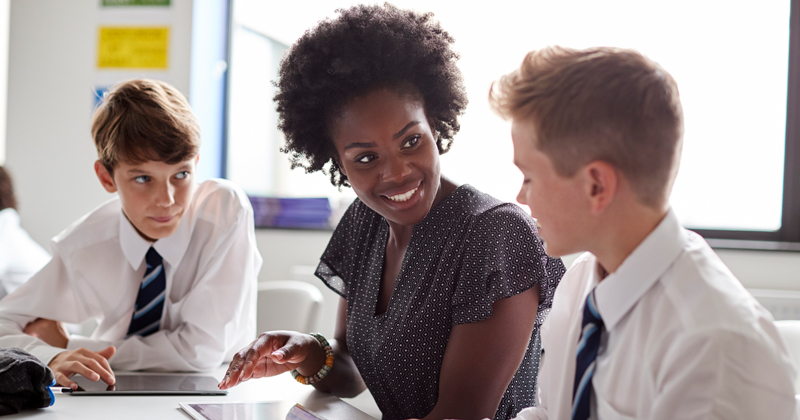 The government is failing to fulfil its promise to upskill 15,000 teachers in maths and science under a £67 million scheme that David Cameron pledged would “pull our country up in the world”.

New figures show the Department for Education has failed to fill a third of its teacher subject specialism training (TSST) courses over the past three years.

The free training, to improve subject knowledge for non-specialist and returner teachers, was announced by the former prime minister in 2014.

He said it would raise school standards in science, technology, engineering and maths (STEM) and “lift our children’s horizons”. The courses were later rolled out in modern foreign languages (MFL).

But take-up is also slumping, with the DfE meeting just 55 per cent of its target to upskill 3,000 teachers in STEM last year.

Chris Keates, the acting general secretary of the NASUWT teachers’ union, said the findings should come as no surprise and called on the government to take action “as a matter of urgency”.

“The education system in England is in the midst of the worst teacher recruitment and retention emergency in living memory.

“Poor pay and career progression prospects, excessive workload, a lack of flexible working opportunities and a lack of respect for teacher professionalism lie at the heart of this crisis.”

Schools Week obtained the figures, which cover from 2016-17 to 2018-19, after a freedom of information request.

However, this plunged to 1,235 fewer teachers last year.

Geoff Barton, the general secretary of the Association of School and College Leaders (ASCL), said the take-up was likely to have been affected by “intensified” teacher recruitment and schools funding pressures.

“This is likely to be compounded by funding pressures, which make it difficult to afford the cost of providing cover.”

The DfE’s most recent workforce census revealed teacher retention rates are getting worse. The five-year retention rate dropped to 67.7 per cent for those who qualified in 2013, compared with 68.5 per cent in the previous year.

During a Downing Street speech announcing the plan in 2014, Cameron said: “If countries are going to win in the global race and children compete and get the best jobs, you need mathematicians and scientists – pure and simple.

“This is all part of our long-term economic plan for Britain – making sure our children have the skills they need to thrive and get on. And by sticking to it, we will lift our children’s horizons and pull our country up in the world.”

But Barton suggested that teachers could be put off adding to already heavy workloads.

Keates said the government must act to ensure pay and working conditions in all schools were “sufficient to recruit, retain and motivate the workforce”.

The DfE’s recruitment and retention strategy, which it billed as the “biggest teaching reform in a generation”, was launched in January. One of the proposals includes a two-year training package for new teachers.

The Conservative party has also pledged to lift teacher starting salaries to £30,000 by 2022.