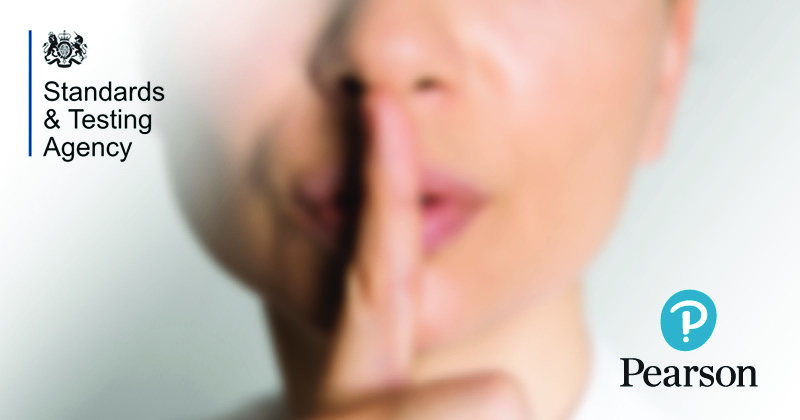 The education giant Pearson has been revealed as the mystery supplier who received £3 million from the Standards and Testing Agency (STA) to settle a legal dispute over outsourcing the management of assessments.

The agency’s annual accounts, published last month, detailed the pay-off – but the Department for Education refused to say who the recipient was.

Once more the DfE is hiding the detail of another huge, unnecessary payout

Schools Week can now reveal the cash was paid to Pearson to settle a dispute over awarding outsourcing giant Capita a £109 million deal to run its test operations.

However, neither Pearson nor the DfE would explain specifically what the payment was for, citing legal restrictions.

Jon Richards, the head of education for UNISON, said: “Once more the DfE is hiding the detail of another huge, unnecessary payout.”

It was “scandalous the taxpayer is footing the bill… Much-needed cash that should be going to our underfunded schools is now leaving the education system.”

Capita won the contract, which will run from 2020-24, to manage the STA’s administration, processing and support for all primary school national curriculum assessments.

The contract streamlines a number of services previously delivered through several companies. They include the printing, distributing and collating of more than nine million test papers annually for key stage 1 and key stage 2 tests and the phonics screening check.

Capita will also administer the marking of four million key stage 2 test papers each year – which has been delivered by Pearson since 2009.

Pearson would only say that the claim related to the “contract process”.

The STA, responsible for developing and delivering statutory assessments, is an executive agency of the DfE.

The department was also tight-lipped, saying the payment related to the procurement of the STA’s test operation services.

The DfE also said it was a “mutually agreed settlement” – which suggests the department may not have followed appropriate rules on its procurement process.

While there doesn’t appear to be similar examples in education, the Department for Transport paid £33 million to Eurotunnel to settle a claim in March.

The cross-Channel operator complained it had been not invited to bid for contracts to provide extra freight capacity in the event of a no-deal Brexit.

A DfE spokesman said while disputes with suppliers were “rare”, when they did occur a resolution in the “best interests of the taxpayer” was sought.

“Following legal advice, the department concluded that a settlement was the best course of action to minimise costs and ensure vital operational work was not interrupted.”

Nick Gibb, the schools minister, launched a “root and branch” review of the STA’s operations in 2016, following two “high-profile” security breaches that caused “significant publicity and reputational damage” to the agency.

One was Pearson which “mistakenly uploaded” the key stage 2 English grammar, punctuation and spelling test on to its secure marker portal site a day early.

The paper was spotted by a marker who leaked the material to The Guardian.

While no sensitive test information was released and the test was able to go ahead, Claire Burton, the agency’s chief executive, said the breach was “deeply regrettable and highlighted weaknesses in the agency’s practices concerning quality assurance”.

Pearson, a FTSE 100 company that recorded a pre-tax profit of £498 million in 2018, said it had a “good track record” of delivering the STA contract.

“During this time we have consistently, without fail, ensured on-time and accurate marked test papers for millions of school children across the UK. We have met the commitments asked of us by the Standards and Testing Agency.”

When Capita won the contract, its chief executive Jon Lewis said its technology and service management capabilities would “identify and deliver efficiencies and improvements ensuring both value for money”.