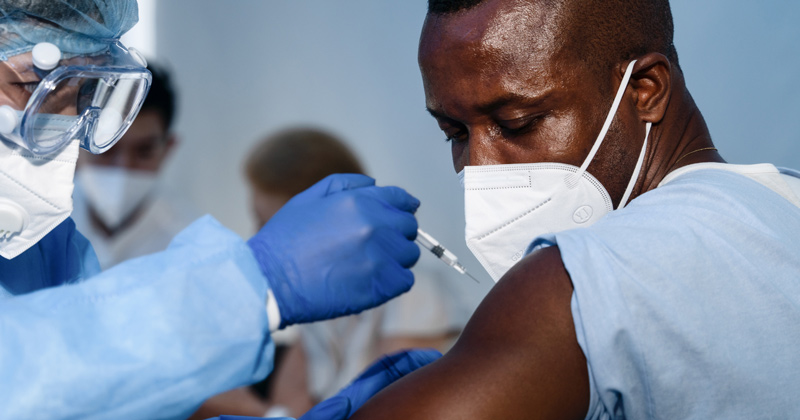 A clinical commissioning group has apologised for the confusion it created after cancelling Covid-19 vaccine appointments for special school staff – before reinstating them.

Schools Week revealed last week that thousands of special school staff had been offered the vaccine. But the approaches nationwide vary, with some local authorities including staff in the priority roll-out as frontline care workers, or offering them leftover supplies.

However, there was confusion in Berkshire after the local “allocations bureau” cancelled jab appointments for special education needs (SEN) staff last week.

The bureau, led by Berkshire West Clinical Commissioning Group (CCG) with Reading, Wokingham and West Berkshire councils, said it had “clarification” from NHS England that SEN staff “are not currently eligible” for vaccines.

The decision was reviewed this week, however, with staff told they can now have the vaccine again as they often look after clinically extremely vulnerable (CEV) children.

A bureau spokesperson said: “Under discretionary powers, it was recognised that as a significant number of SEN teachers had already been vaccinated, it would not have provided a fair or equitable outcome for those still waiting.”

They added: “We would like to extend our apologies to all SEN colleagues across Berkshire for the confusion that happened recently regarding their ability to receive a Covid-19 vaccination.”

Schools Week has asked both the NHS and CCG what the “clarification” was, but has received no further details.

A Public Health England spokesperson, on behalf of the Joint Council for Vaccinations and Immunisations, told Schools Week last week that “staff in some schools for clinically vulnerable children would fit the JCVI criteria of frontline care”.

A spokesperson for NHS England confirmed PHE’s definition that it “can include teachers who work with CEV children”.

Special school leaders told Schools Week they know of 81 councils that are offering SEND staff jabs, up from around 65 reported last week.

Meanwhile, in Kent, mainstream school staff were able to book appointments last month, after a link for health and care staff to book vaccines was shared “in error” within “some schools and via education social media groups”.

Kent and Medway CCG said it did not have a definite number of how many received a vaccine, but the “majority” of bookings were cancelled. Those school staff who did get a first jab will be offered a second dose.

Special school staff working directly with children with complex health needs will still be able to have the jab.

The Department of Health and Social Care is now considering whether to prioritise giving jabs to workers in certain occupations under phase two of the vaccine roll-out. Phase two will start after all of the nine at-risk groups have been offered a first jab.

Osama Rahman, the Department for Education’s chief scientific adviser, said the department was working with the health department “to ensure that the education and childcare workforce is considered for prioritisation in the roll-out of the vaccine and this subject is regularly discussed by our ministers”.

The government hopes to offer vaccines to the 15 million people in the top four priority groups in England by February 15. This includes anyone aged 70 and over, those deemed clinically vulnerable, care home residents and staff and frontline health and social care workers.