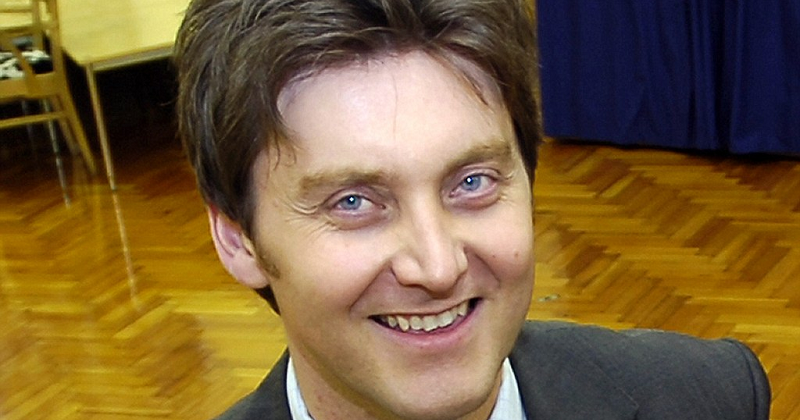 A council is attempting to recover damages of potentially £500,000 from former superhead Sir Craig Tunstall, who is alleged to have received unauthorised payments, court papers reveal.

The development follows news that Sir Craig Tunstall is suing Lambeth council and the Gipsy Hill Federation (GHF) in south London for at least £200,000, over claims that an “excessive workload”, exacerbated by plans to open a new free school, left him depressed.

But, as Schools Week revealed last year, court documents submitted to the High Court by Lambeth claim that Tunstall allegedly received “unauthorised” payments of nearly £300,000 that plunged the federation into deficit.

The council has now launched a counterclaim to seek “financial recompense”, a spokesperson said, nearly three years after Tunstall was dismissed as GHF chief executive for “gross misconduct”. He was formerly England’s best-paid primary teacher on £367,000 a year.

If found liable in Tunstall’s claim, the council said it will “seek to reduce or extinguish” his claim with its own, alleging Tunstall was in breach of his duties.

It claims that Tunstall breached his duties, including “causing or permitting” the council to pay him the salary without the approval of the governing body.

It says he also breached his duties by “causing or permitting” Natalie Walters, GHF’s former head of human resources, to submit payrolls using electronic signatures of the governors without permission, resulting in the council paying £112,304 to Walters and £108,247 to the federation’s finance director Kevin Sparkes.

Tunstall also stands accused of “causing or permitting” use of council funds to pay £23,643 in legal fees to get advice for Walters. The council alleges that Tunstall also signed payroll forms for some payments he received.

Dispute over money for overseas trips

Lambeth’s lawyers claim it is “inferred” that Tunstall and Walters “combined and conspired” to “cause harm” to the council by using “unlawful means”.

The council launched an Internal Audit and Counter Fraud Service investigation in 2016 into pay at the federation. Court papers claim the probe uncovered evidence that Walters had been using electronic signatures without approval to procure payments from Lambeth’s payroll department – including “substantial” payments to Tunstall.

The court documents say that referral for criminal investigation and proceedings “remains under consideration”.

The papers also allege that, in 2015, Tunstall received £3,000 expenses for a flight to Australia for an education conference when he had already been paid by the organiser.

Lambeth claims that he also received a payment of £14,398 from council funds for another trip to Australia for a conference in 2016, for which he was “not entitled to be paid”.

In 2017, Tunstall repaid the council £5,646 in respect of funds paid to him by conference organisers.

Tunstall’s legal representatives declined to comment. Walters has been approached for comment. Sparkes could not be reached.

In a previous legal response to the council’s original submission, Tunstall’s representatives say that no allegations of fraud or dishonesty are made against him, and that it is not alleged that he was aware he was receiving unauthorised payments.

They say the fact that any such payments were unauthorised or unlawful is denied. They also previously said it was not alleged that Tunstall “colluded” with Walters or Sparkes, or anyone else, to procure unauthorised payments to himself or others.

The council, which denies that Tunstall’s dismissal was unlawful, is asking for an account of all the money it claims was wrongfully paid out and for it to be paid back in full.

They are also claiming “damages for conspiracy, for breach of contract and breach of fiduciary duty”.

The details of Tunstall’s dismissal were secret up until the court documents were filed, despite requests by Schools Week for investigation reports to be published.

Tunstall has also issued papers for a separate employment tribunal hearing into claims that he was unfairly dismissed and for damages.

A Lambeth council spokesperson said: “The council and GHF are preparing the High Court and employment tribunal cases and the High Court defence and counterclaim set out their position.

“Both sets of proceedings are being robustly defended and the council is seeking financial recompense.”