A school has made it compulsory for some pupils to come in on Saturdays to drive up GCSE results – but a union leader has said five-and-a-half-day weeks are “not sustainable” for staff.

Royal Docks Academy in east London is open from 9am to midday on Saturdays, including the holidays, and has a longer school day under a new plan to give pupils a “quiet space to work” and improve standards.

The measure, introduced by the Burnt Mill Academy Trust which took over at the start of this month, is designed to raise the number of pupils achieving strong passes in English and maths GCSE above the national average and achieve a positive Progress 8 score, from a current position of -0.09. The school was rated ‘requires improvement’ last year.

But union leaders, while sympathising with the pressure for better results, have warned that staff should not be asked to do unpaid “voluntary” work at the weekends.

Mary Bousted, joint general secretary of the National Education Union, said she appreciated schools were trying to help pupils with “difficult circumstances” at home, but said teachers would burn out by working Saturdays “on top of a 55-hour working week”.

Schools take these decisions in the best interest of their pupils

Workload is the main reason teachers are leaving the profession, and school leaders should prioritise reducing stress as their “first concern”, she said.

A spokesperson for the trust, which has eight schools, said senior leaders would run the sessions to begin with – but that “a programme of additional teaching is being scheduled”. Saturday sessions will also run throughout the February half-term and Easter holidays.

Some pupils have been “targeted” to attend, but because of demand more than half of year 11 are turning up. The school day has been extended from 7.45am to 5pm.

Geoff Barton (pictured), the general secretary of the Association of School and College Leaders, said it was “not uncommon” for schools to make the day longer especially for year 11s working towards exams.

He pointed out that “schools take these decisions in the best interest of their pupils”. 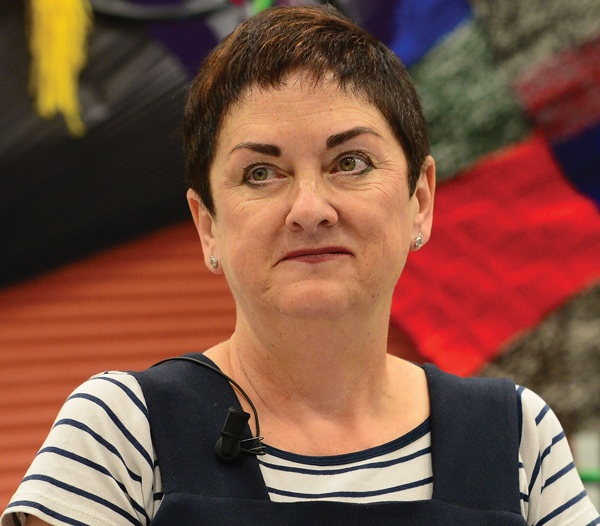 Meanwhile the Education Endowment Foundation published research last November which found that extended school time or targeted programmes result in two additional months’ progress for pupils, and that the poorest pupils make half a month of progress more on top of that.

It’s not the first time longer working hours for schools have been mooted as a solution for boosting performance.

But the Schools Teachers’ Review Body, which advises the government on pay and conditions, rejected his calls to remove regulations on teachers’ hours and holidays.

Then two years ago, then-chancellor George Osborne provided funding for at least a quarter of schools to run longer school days to allow extracurricular activities, though this was scrapped in favour of Justine Greening’s capital scheme to build new sports facilities.

John Blaney, the executive headteacher of Royal Docks Academy, said he wanted all his pupils to have the chance to go to any university in the world or embark on apprenticeships.

“I know that through an excellent education, our pupils will be able to reach their full potential,” he said.