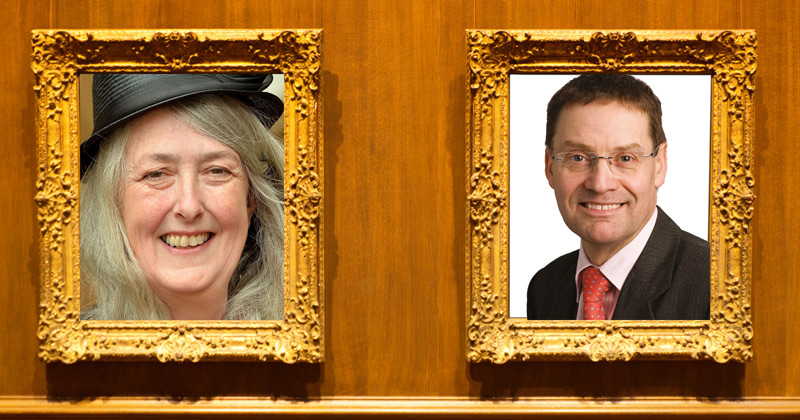 A leading academic and a renowned classicist are at the top the list of those recognised in the Queen’s Birthday Honours for their services to education.

Chris Husbands, the vice-chancellor of Sheffield Hallam University and a former director of the UCL Institute of Education, has been knighted, while Mary Beard, professor of classics at the University of Cambridge and a campaigner for classical education in schools, has been made a dame.

Husbands, who started out as a teacher before moving into academia, said he was “extremely fortunate” to have had “a career beyond the imaginings of my parents and grandparents.

“That’s down to the exceptional people who, at the time, created opportunities for youngsters like me,” he said.

Beard, who has spoken out in favour of classics subjects being taught in schools, told Schools Week that “it is a smashing honour to have”.

“Of course it is delightful personally, but I think it is also a tribute to all my wonderful colleagues in schools and universities who also do so much to keep the study of classical civilisation as vibrant as it is,” she added.

Matthew Coffey, Ofsted’s chief operating officer, has been made a companion of the order of the bath, a special honour reserved for civil servants.

Overall, 49 people with links to schools in England have been recognised this year. Eleven headteachers are on the list, including Diane Rochford, executive headteacher of the John F Kennedy Special School, who led the government’s review of SEND assessment. She has been made an Officer of the Order of the British Empire (OBE).

Richard Jarrett, headteacher of Oldfield Primary School in Maidenhead, has been made a Member of the Order of the British Empire (MBE) for services to education. His school is in Theresa May’s constituency, and recently had its new site opened by the prime minister.

“I’m absolutely flabbergasted and hugely honoured,” he said. “We have worked hard at Oldfield to create a community, I’m looking forward to sharing this on Monday morning enormously.”

Professor Sam Twiselton, a leading authority on teacher training who leads the Sheffield Institute of Education and was involved in the Carter Review of ITT, has also been made an OBE. She said the honour was “exciting”.

“I was involved in the Carter review and I’m pleased that it’s been recognised as a service to higher education. It has moved forward my thinking in terms of the relationship between universities and the school sector,” she continued.

Medals also go to eight governors or chairs of governors, including Robert Symonds, chair of the WISE Academies Trust and Michael Wall, chair of the Federation of Moorlands and Park Lane Primary Schools in Reading.

Honours also go to three academy trust chief executives. Patricia Smart, the chief executive of the Create Partnership Trust in Birmingham, has been made a Commander of the Order of the British Empire (CBE). “I didn’t expect to receive this award, but it’s lovely to be recognised,” she told Schools Week.

Dave Dickinson of the Waterton Academy Trust has been made an OBE. “I’m a little bit humbled,” he said. “I’m a great believer that you don’t do anything by yourself and I have been blessed to work alongside many dedicated and far more talented individuals than myself.”

Nitesh Gor, the founder of the Avanti Schools Trust, will also be made an OBE. His trust is currently in talks to take over schools run by the Floreat Education Academies Trust, which was founded by the health minister Lord O’Shaughnessy but ran into problems.

Helen Fisher, a project lead in the office of regional schools commissioner Dominic Herrington, is to be made a MBE, as is Anne-Marie Canning, director of social mobility and student success at King’s College London. Canning was recently appointed chair of the government’s opportunity area for the Bradford region.

Read the full list of those honoured for their school links here.