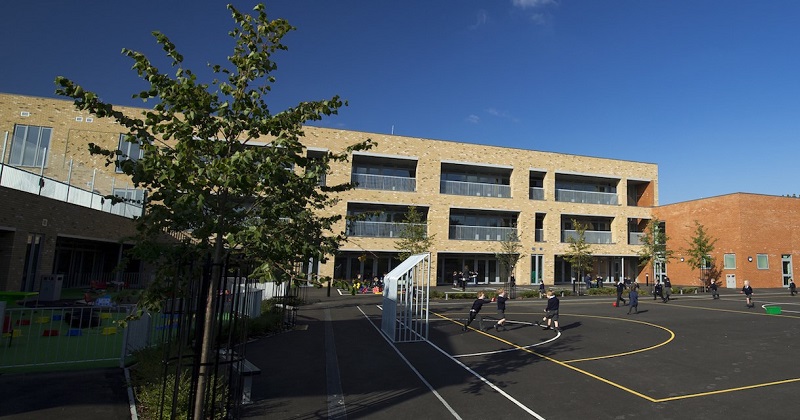 An academy trust founded by a minister is considering a merger with another chain after it admitted that it cannot continue to run three primary schools on its own.

The Floreat Education Academies Trust, set up by Lord O’Shaughnessy, a health minister and a former adviser of David Cameron’s in 2014, is in talks with the Avanti Schools Trust.

If the merger goes ahead, Avanti, which has five primary and two secondary Hindu-ethos schools, will become a mixed multi-academy trust, as Floreat’s three primary free schools are secular.

We would have liked to have stayed independent, but I think in the end we have to provide reassurances about sustainability

Floreat’s board recently decided its three small schools in London and Berkshire could not continue to function in such a small group. Its two London schools, Floreat Wandsworth (pictured) and Floreat Brentford, opened in 2015, while Floreat Montague Park opened in Wokingham in 2016.

Although the three schools have had sufficient pupils in each year since they opened, they will not fill up for several years, and the trust is struggling to afford the three members of staff who make up its central services team.

O’Shaughnessy, a Conservative peer, told Schools Week that it is “very difficult” to run the team using money top-sliced from the three schools’s budgets while they are not full.

The prospect of a merger with another trust was raised last year, and although O’Shaughnessy said philanthropic investment in the trust had sustained it for another year, its board had decided to push ahead with talks.

“We’ve got to look at the long-term and provide assurances to parents and to staff, and that led the board to think about merging,” he said.

“In Avanti we have found a trust that shares our attitudes on character education and that will respect the Floreat brand. They see that as part of their long term plans, having secular schools and denominational schools together in a mixed trust.”

O’Shaughnessy admitted he was disappointed the schools could not continue to function as a separate group.

“Of course, we would have liked to have stayed independent, but I think in the end we have to provide reassurances about sustainability to parents, to pupils and to teachers,” he said.

“We have to be realistic,” said O’Shaughnessy. “We are still educating fewer than a whole primary school’s-worth of pupils. I think it is about putting it on a stable footing so that these schools can continue to grow.”

In a joint statement, Avanti’s chair Mike Younger and its chief executive Nitesh Gor said the chain’s has always wanted to include non-denominational schools.

“The Floreat ethos and vision of education is fully aligned with Avanti’s and we couldn’t have hoped for a better match,” they said. “Most important of all, we believe the inclusion of the Floreat schools has the potential to genuinely benefit both Floreat and Avanti students.”

Avanti made headlines last year after one of its schools increased the cost of meals for pupils, citing “post-Brexit” inflation.