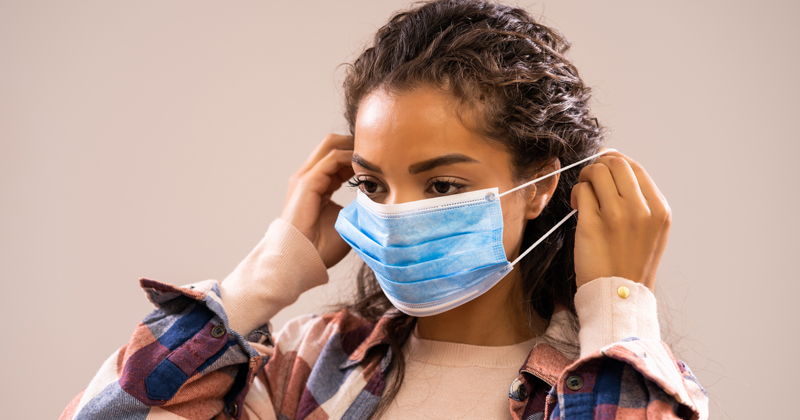 Face coverings should be reintroduced in secondary school classrooms and for students in communal areas, unions representing teachers and support staff have said, amid growing fears about the impact of the Delta variant of Covid-19.

The National Education Union, along with support staff unions Unison, the GMB and Unite, have also said pupils should be offered vaccines as soon as their use is approved for children, with schools given extra support so pupils can be vaccinated on-site.

The latest infection survey data from the Office for National Statistics estimates that secondary-age pupils had the highest rates of Covid-19 infection of any age group in the week ending May 29.

The health secretary Matt Hancock admitted at the weekend that “a huge proportion of the latest cases are in children”, and acknowledged in Parliament yesterday there is “higher transmissibility” among children.

However, he also insisted the vaccination programme was “breaking the link between infections, hospitalisations and deaths”, and said that of the 126 Delta cases resulting in hospitalisation as of June 3, 83 were unvaccinated.

But Public Health England data released last week showed how Covid outbreaks in schools had reached their highest level since December, with a rise in the number of outbreaks relating to the Delta variant.

In a joint statement, the unions said they were “deeply concerned that secondary school age students now have the highest rates of Covid-19 infection of all age groups”.

They called on the government to immediately reintroduce the recommendation that students and staff to wear face coverings in all areas of secondary schools and colleges, including classrooms.

The recommendation was withdrawn on May 17, meaning only adults are advised to wear coverings, and only in communal areas.

The unions also want ministers to make resources available to schools with poor ventilation so they can buy carbon dioxide monitors and air filters. They have also called for an “urgent review” of guidance on bubbles and isolation of contacts “given the increased transmissibility of the Delta variant”.

Unions have also called for the rollout of vaccinations for pupils, following the conclusion by the Medicine and Healthcare Products Regulatory Agency that the Pfizer vaccine is safe for use by those aged 12 and over.

Pupils should be offered the vaccine “as soon as the Joint Committee on Vaccination and Immunisation gives its approval”, the unions said, and schools must be given the “right support and resources to enable pupils to be vaccinated on site”.

“Action must be taken now to make face-to-face learning safer over the remainder of the school term. Outbreaks mean bubbles, classes or entire year groups must be sent home. The priority must be to avoid any further loss of education.”

Attendance data released today showed a slight increase in Covid-related absences nationally, but much higher levels in some parts of England where the Delta variant is most prevalent. For example, in Bolton, almost one in three secondary pupils was absent because of Covid in the week before half term.

But a Department for Education spokesperson insisted attendance in schools “remains high, and the data shows the steps we are taking to keep outbreaks of the Delta variant under control in schools are working”.

“On top of robust measures in place across the country, such as increased ventilation in classrooms and keeping to small group bubbles, we have increased the availability of testing for staff and pupils in families in areas of high prevalence of the variant.”

The unions also repeated calls for the release of data on the number of Delta variant cases in education settings. Last week’s PHE data only showed the number of outbreaks.

“The longer this data is withheld, the more it looks like ministers have something to hide.”