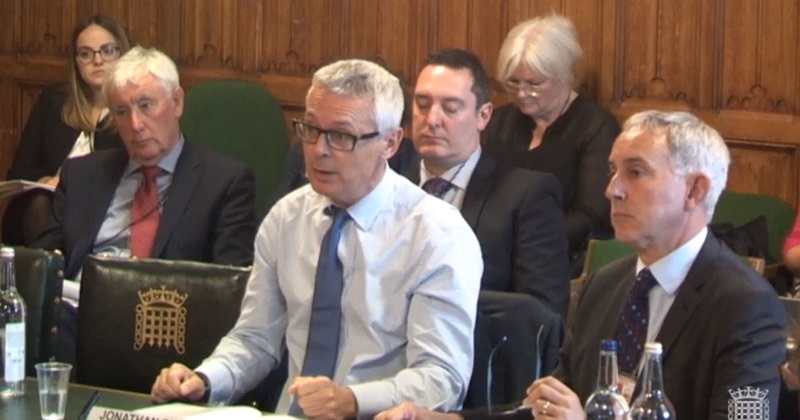 Bright Tribe may have to pay up over its running of Whitehaven Academy and there is no proof that forced academisation offers the best value for money for failing schools.

These were among the topics for discussion at a session of the Public Accounts Committee today on the conversion of schools to academies, featuring evidence from Jonathan Slater, the Department for Education’s permanent secretary, and Andrew McCully, the department’s director general of infrastructure and funding.

Addressing the “scandal” of Whitehaven Academy, which she said had been “let to rot” by the Bright Tribe Trust, committee chair Meg Hillier asked Slater what he would say to the parents and children at the school who have suffered a litany of problems including dilapidated buildings.

“Clearly, they have been let down, haven’t they, by management that has not been up to the task,” he replied. “Bright Tribe is rightly withdrawing and we are at the final stages of engagement with the trust that will take over.”

The government is not yet able to say how much turning around the trouble school will cost, but it will “seek to hold to the maximum account possible those people who have not been doing the job properly”.

McCully added that if money given to Bright Tribe trust had not been spent in the way it was intended, then the government can claim it back.

Questions have been raised over the fate of £1 million given to the trust to set up a northern hub after it announced it was withdrawing from all of its northern schools.

Gareth Snell, a Labour MP, asked if there was any “quantifiable, tangible, collected evidence held by the department” that forcing failing schools to become academies was better value for money than a local authority rescue package.

Slater accepted he could not “prove” it was better value for money, and said “no one could”, but insisted there was “international” evidence that showed giving greater autonomy was the most effective way to improve schools.

Snell warned: “We could have a situation where we are spending vast sums of money to transfer schools over to academy systems without really getting any additional educational output or any improvement into those schools for the money that is being spent.”

Asked about whether the grants given to schools and local authorities for academy conversion were sufficient, McCully insisted they had always just been a “contribution to the overall costs”.

Slater added: “We aren’t claiming that the £25,000 grant is going to cover all of the costs for the average school. We have done that calculation. The answer is that it isn’t. The more one increases the grants for schools to convert, the more expensive it gets. We want to incentivise schools to do that as cost effectively as they can.”

He also insisted there are “£4 billion worth of surpluses, of which £2 billion are held by local authority maintained schools as opposed to £200 million of deficits”.

Warned about a “spaghetti soup” of organisations involved in school improvement, Slater said that merging different organisations, including local authorities and regional commissioners, would not be effective.

However, he insisted many local authorities have formal agreements to work together with multi-academy trusts, and claimed that all regional schools commissioners see it as an “absolutely fundamental part of their job” that they work alongside local authorities.

Asked why checks are not done on every trustee for every school that becomes an academy, Slater insisted the DfE carries out “rigorous checks on any new trustee coming into the system” but not on governors and headteachers already running a school.

“Nevertheless, the National Audit Office has made a recommendation that we think again about that and so we will,” he said. No timeline was provided for this.

Asked about whether too much focus had been given to converting good schools to academies, rather than reaching out to struggling ones, Slater insisted that it was an effective way of ensuring help was in place for failing schools.

“Could we have done it another way? Yes,” he said. “Might we at some point in the future if there is a different government do it in a different way? Yes.”

Elsewhere in the session, he accepted that “looking back” the government had focused too much on the “pace of the change” of converting schools to academies but there was not enough “detailed consideration” and a “potential risk was created” by trusts like WCAT taking on too many schools.

“It would be foolish of me to sit in front of you and say there won’t be any more problems. My job is to get on top of them as quickly as possible.”