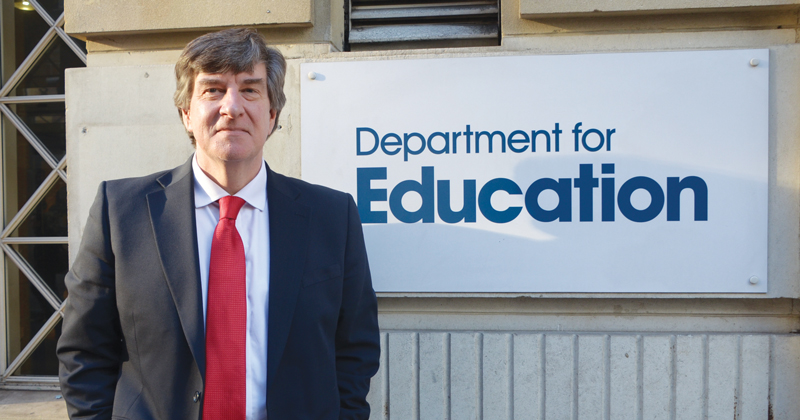 The Bright Tribe academy trust is in discussions with the government about walking away from all of its schools in the north of England, the national schools commissioner has revealed.

Sir David Carter told MPs that “conversations about Bright Tribe moving out of the north” began in September, and would continue following the trust’s decision to walk away from Whitehaven Academy in Cumbria.

Stockport-based Bright Tribe currently runs five schools in the north: Whitehaven in Cumbria, Grindon Hall in Sunderland, Werneth Primary School in Oldham and Haltwistle Community Campus lower and upper schools in Northumberland. The rest of its schools are in Suffolk and Essex.

The trust announced last week that it intends to give up Whitehaven Academy, which has been at the centre of a bitter dispute with parents, staff and the wider community over the quality of education and the state of buildings at the school.

Bright Tribe insists it is “committed” to its remaining schools in the north of England, but it intends to make a more detailed statement about their future “pending further discussions”.

“Bright Tribe remains committed to its current schools in the north and continues to provide support to the strong leadership teams in each of those schools in order to drive up standards and secure the best possible outcomes,” a representative said.

“Pending further discussions with the trust board, we are unable to make any comment at this stage and will make a further statement in due course.”

Bright Tribe has faced mass criticism after staff at Whitehead Academy signed an open letter criticising the trust, and campaigners organised a community meeting to discuss a forced removal of the trust.

The local Conservative MP, an education select committee member, Trudy Harrison also claims she was physically escorted off site when she went to check on flood damage last month.

Bright Tribe also recently lost its chief operating officer Mary McKeeman, who resigned after less than 10 months in the role.

Cumbria police confirmed this week that its officers are “conducting preliminary enquiries” into the trust, and the GMB union has called for education authorities in the east of England, where Bright Tribe has five academies, to investigate whether the trust is “fit and proper to run these schools”.

John Woodcock, the Labour MP for the Cumbrian constituency of Barrow and Furness, also said there should be a “formal investigation into Bright Tribe’s suitability to remain a sponsor of any academy”.

Questions have also arisen about £1 million in government “northern hub” funding handed to the trust in 2015, especially after the trust also announced it was backing out of a deal to sponsor Haydon Bridge High School in Northumberland.

When questioned by north-east MP Ian Mearns about the funding, Carter said he would report back on the trust’s activity in the region.

“The conversation about Bright Tribe no longer being a presence in the north includes that conversation,” he said.