What connects Jamie’s Italian, an early education centre and Uber? Economist John A. List argues persuasively that the answer is scale, and that it is an issue relevant to everyone.

Scale permeates education, yet is rarely considered systematically. And this means some things fail for predictable reasons. For instance, there is really promising evidence about tuition, but the challenges of scaling this rapidly have proved considerable. At the simplest level, we scale things when we extend them; this might happen across a key stage, subject, whole school, or group of schools.

Scalability is crucial to national conversations such as the current focus on teacher development, Oak National Academy and the expansion of Nuffield Early Language Intervention – now used by two-thirds of primary schools. Sadly, List explains that things usually get worse as they scale: a voltage drop.

The famous opening line from Tolstoy – “all happy families are alike; each unhappy family is unhappy in its own way” – has given rise to the Anna Karenina principle, which List argues applies to scale; the principle being that scalable ideas share a common set of attributes, while any single factor from a long list can prevent an idea from scaling.

The first barrier is the false positive: when we mistakenly think something works. To avoid false positives, List recommends investing in evaluations – plural – before scaling. I think education may be particularly susceptible to false positives because even the best interventions give modest improvements, and improvements in learning are hard to measure.

Another challenge is that if something works in one context, it does not guarantee success in another. Anyone who has tried teaching another person’s lesson knows this issue only too well. List explains how writing to consumers about their energy usage successfully reduced demand, but the letters made no difference at scale. Why? Because the letters were tested in eco-conscious California, but then scaled to consumers with different priorities and values elsewhere in the US.

Scaling ideas across contexts is a fundamental issue in education. School improvement efforts often make strong assumptions about how things work across contexts. The EEF’s Putting Evidence to Work guidance offers useful insights about fit and feasibility, but we are still in the early stages of understanding what researchers term ‘generalisability’.

A key takeaway is that people are not scalable. So if an idea hinges on brilliant individuals, it probably won’t scale. List invites readers to consider whether success relies on “the chef or the ingredients”; if an idea depends on the chef, it will likely lose voltage as it scales. He illustrates this point with a fascinating case study into the phenomenal rise and fall of the restaurant chain Jamie’s Italian. It initially succeeded because other chefs could imitate Jamie’s simple cooking style using fresh, quality ingredients, rather than trying to imitate complex techniques. Its downfall was due to other scalability issues.

In education, we often focus on individual people or organisations. For instance, as secretary of state, Michael Gove’s penchant for superheads was encapsulated by his remark that his ideal education policy would be to clone then headteacher Rachel de Souza. This was plainly a joke, but a similar logic underpins some serious education policies. “Is it the chef or is it the ingredients?” is a good question for anyone involved in scaling, including the newly appointed RSC advisory boards.

List is a captivating storyteller who offers readers insightful anecdotes to explain fundamental principles. Although he’s an economics professor, it might be better to consider him as an empiricist due to the resourceful ways he applies and tests his ideas in real-world situations. His approach is perhaps best summarised by the Royal Society’s motto, nullius in verba – take nobody’s word for it.

It won’t shock you to learn that I strongly recommend The Voltage Effect. I would offer to lend you my copy, but I now understand this is not a scalable solution.

Dan Morrow finds a deliberately polemical book full of evidence to contend with - whether you agree with its...

Four blogs about recognising and managing stress for staff and pupils - and the problems with a system that... 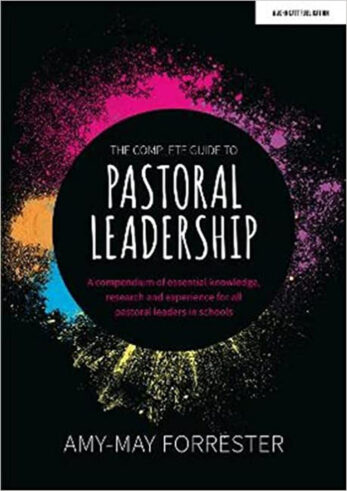 No book could live up to its vast objective, writes Stephen Lane, but Amy-May Forrester's effort is a comprehensive...