The number of security breaches relating to GCSE and A-level exams fell by 40 per cent this year, despite a number of high-profile leaks on social media.

Breaches can include instances where schools fail to keep exam papers sealed until immediately before exams, or distribute the wrong papers to pupils.

It follows a number of high-profile cases this year where questions or other details were shared on social media.

In June, Ofqual confirmed it was investigating “allegations of malpractice or wrongdoing” in an Edexcel A-level maths exam after reports that questions had been widely shared online.

And in August, AQA confirmed that questions from a combined science chemistry foundation tier paper were shared by a pupil on social media before the exam in May.

Of the breaches reported this year, 59 per cent were as a result of schools or colleges opening, and sometimes handing out, the wrong exam paper. 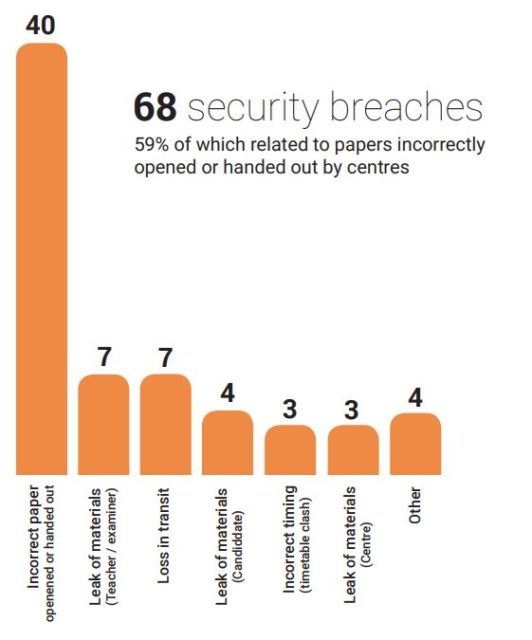 Ofqual also reported a decrease in the number of errors in exams this year.

According to the document, there were 90 errors identified in question papers and materials in 2018, a slight drop from the 101 errors reported in 2017.

At the same time, GCSE entries rose by about 1 per cent and A level entries dropped by about 3 per cent.

The errors are given one of three categories. A category one error means it could be “impossible” for pupils to give a meaningful response, category two means it could cause “unintentional difficulties” and category three means the error will not affect a pupil’s ability to answer.

In one high-profile case this year, AQA admitted that the wrong questions were included in a GCSE physics paper.

It comes after OCR was fined £175,000 for a mix-up in last year’s GCSE English literature paper, which confusingly referred to the Romeo and Juliet character Tybalt’s hatred of the Capulets, his own family, rather than the Montagues, their rivals. 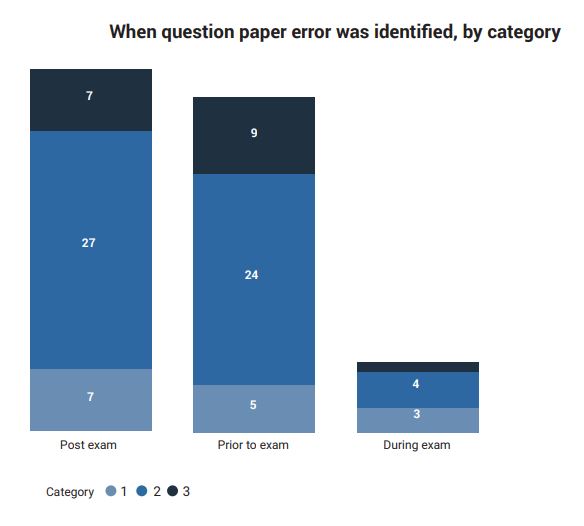