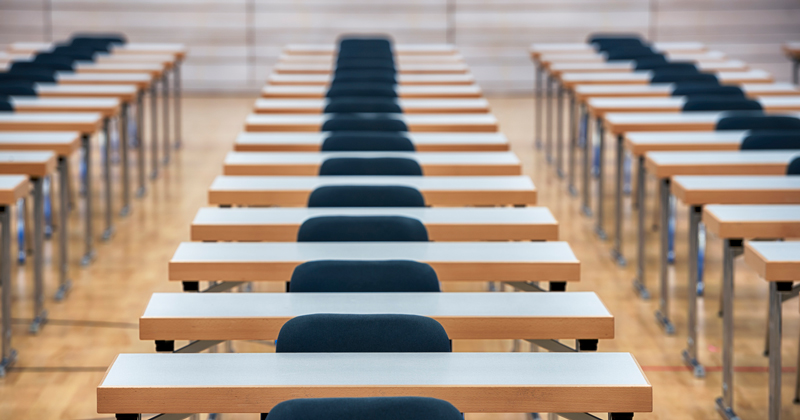 AQA has confirmed two science papers were hit by a question error and leak on social media in this summer’s GCSE exams.

The exam board said pupils will receive full marks in the affected questions and no children will be advantaged or disadvantaged by the issues, which saw the wrong questions put into a physics paper and a pupil sharing chemistry questions online before the exam.

Alex Scharaschkin, AQA’s director of research and compliance, said: “We’ve made sure that no students’ grades have been affected by either of these issues, so there’s nothing for anyone to worry about.”

Two letters seen by Schools Week, which were sent to schools by AQA ahead of exam results day today, sought to reassure teachers and staff that pupils’ overall results will not be affected.

One letter confirms that some questions from a combined science chemistry foundation tier paper were shared by a pupil on social media before the exam in May. Pupils will receive full marks in the questions which were shared, affecting around 6.4 per cent of the marks for the overall qualification.

“Through our analysis of the results, we’re confident the assessment has fairly differentiated between students based on the remaining 93.6 per cent of unaffected marks, and that this was the fairest option in the circumstances,” the letter said.

“We know that this will raise some questions about grade boundaries and what this will mean to students’ results and want to reassure you that our priority was to make sure no student is advantaged or disadvantaged in these circumstances.”

Scharaschkin added: “This only affects a small percentage of the marks for the overall qualification and was the fairest option in the circumstances, but we realise it isn’t ideal given the work students will have put into answering those questions.

“It’s very disappointing that a security breach at one school has affected students, and we’ve been investigating with the cooperation of the school involved.”

The second letter apologises for the fact that two parts of the final question on a foundation paper physics exam, also sat in May, were actually questions from the higher tier and should not have been put on the paper.

Pupils will receive full marks on the two affected question parts, affecting a total of three marks, which Scharaschkin described as “the best way to deal with this”.

A spokesperson for exams regulator Ofqual said AQA had notified it of both issues during the summer exam series.

He said: “We have monitored how AQA has conducted awarding in these subjects this summer such that outcomes are as fair as possible for all students. We will not comment further at this time.”

AQA is not the only exam board to have faced difficulties this summer. In June, Ofqual confirmed it was investigating “allegations of malpractice or wrongdoing” in an Edexcel A-level maths exam after reports that questions had been widely shared online. Last week, grade boundaries for Edexcel A-levels were shared on Twitter the day before results day.

In July it was revealed that exam board OCR will be fined £175,000 for an error in a GCSE English Literature paper last year, which confusingly referred to the Romeo and Juliet character Tybalt’s hatred of the Capulets, his own family, rather than the Montagues, their rivals.