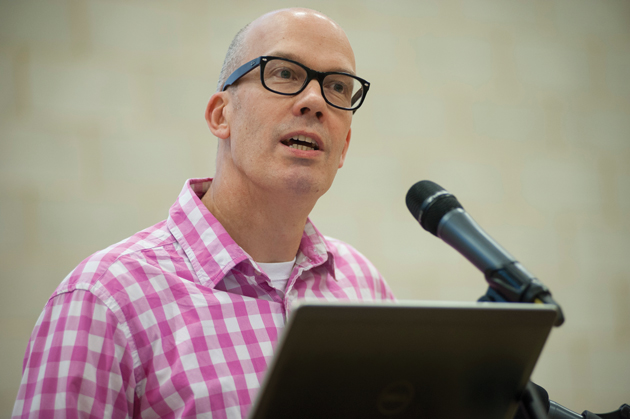 Providers of baseline reception tests say the government’s jettisoning of the progress measure is an “embarrassing policy cock-up”.

The Department for Education (DfE) announced last Thursday that the tests will not be used to track school performance. The decision comes in the wake of a study that showed the three approved assessments were not comparable, confirming a Schools Week’s investigation published in February.

Introduced last autumn, the assessments required teachers to test reception pupils in their first weeks in the classroom so that their progress could be measured throughout primary school.

Disliked by many infant teachers who considered them a distraction, several unions called on school leaders to withdraw from the tests while they were still optional.

Primary schools can continue to use the tests, although there is little incentive as the progress measures will no longer be used.

Providers of the ditched tests claim that their approaches were never going to be comparable because the approved assessments were not designed in similar ways. Rob Coe (pictured), director of the University of Durham’s Centre for Evaluation and Monitoring, said: “Were the tests ever going to be comparable? No. Once the DfE had allowed the very different assessments in I think they were setting themselves up for this problem. The whole thing is embarrassing, it is a policy cock-up.”

The department maintains that it had been clear from its first proposals that a comparability study would be done. “That study has shown that the assessments are not sufficiently comparable to provide a fair starting point from which to measure pupil progress. In light of that, we will not be using this year’s results as the baseline for progress measures. This would be inappropriate and unfair to schools.”

In May 2014, when the DfE first published criteria for providers, it said the assessments would be reviewed once pupils reached year 2 and, if there was a “poor relationship” between the reception baselines and key stage 1 assessments, then test providers would face having their assessments removed. There was no mention of inter-test comparability.

Coe added that it was a “surprise” the department had raised the bar “quite highly” on what the standards for comparability were because “they had been so lax in setting the system up and procurement and the evidence that was required for quality and initial stages.

“It is inconsistent to say ‘now we need a really high standard of agreement at the end point’.”

Schools Week revealed in November that the Scottish Qualifications Authority had been commissioned to complete a comparability study. At the time, the government said this was separate to the year 2 review process, and it refused to say what would happen if the measures were incomparable.

Liz Marsden, director of Early Excellence, the provider chosen by more than half of England’s primary schools, also said the study outcome was not a “surprise”.

“Everyone who is sensible knew that was a difficult thing to achieve after they [the DfE] went down a multi-provider route.”

A spokesperson for the National Foundation for Educational Research, the third provider, said that while the original criteria for selecting providers was designed to meet specific standards, “in practice the assessments were quite different so we were keen to see the results of the comparability study”.

Coe said it would be “interesting” to see how many schools continued to use the assessments, but for now it was “business as usual”.

“We will still try and recruit schools and keep the ones we already have. They have the subsidy so, in a way, there is no cost to do it. Why wouldn’t you?”

All three providers said they did not anticipate any job or financial losses as a result of the decision because their baseline assessment was just one section of their business.