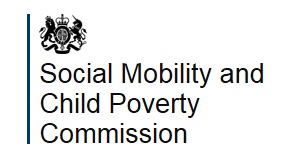 Regional schools commissioners should be able to order academies to spend some pupil premium money on recruiting and rewarding good teachers, says the chair of the Social Mobility and Child Poverty Commission (SMCP).

In a speech today at the Policy Exchange think tank, SMCP chair Alan Milburn urged the next government to bring in the reform as one of three initiatives aimed at driving up the quality of teachers and attracting the best ones into disadvantaged areas.

He also called on the new government to commission the School Teachers Review Body to create new pay grades for the best teachers to work in challenging schools in the hardest to recruit areas.

Mr Milburn also urged the incoming government to pilot a teachers’ pay premium  – to offer 2,000 of the best teachers a 25 per cent pay uplift if they teach in a challenging school.

But responding to the speech, Chris Keates, General Secretary of  union the NASUWT said getting teachers into the profession and holding onto them were the key issues, alongside reforming teachers’ pay structure.

“Before any of these suggestions could be even contemplated, the mess of the teachers’ pay structure, which has been created by this Coalition Government, has to be addressed. “The key issue at the moment is not attracting teachers to challenging schools, as a result of Coalition policy it is attracting teachers into the profession and retaining those that we have. Until the teacher supply crisis is resolved, strategies such as those suggested cannot even be considered.”

Speaking at the Policy Exchange conference on education and social mobility, Mr Milburn said new approaches were needed if real progress was to be made in reducing the educational attainment gap between disadvantaged children and their more fortunate peers. He said national pay bargaining has not helped to narrow the attainment gap: “The old orthodoxy is not working….A ‘laissez faire’ approach of giving schools more freedom and then sitting back to see what happens is not working either.”

Mr Milburn called on the next government to introduce new career and pay incentives to make working in disadvantaged areas more attractive. He also argued for the creation of a teaching fast stream with one of the conditions for rapid promotion being that the education fast-streamers spend time teaching in a disadvantaged school.

Excellent teaching had a stronger positive impact on those from disadvantaged backgrounds than on other children, said Mr Milburn. He said high-quality teaching can add as much as 18 months of learning to a disadvantaged pupil compared to six months provided by a less-good teacher.

But he said more than a third (36 per cent) of children in deprived areas are taught in secondary schools that require improvement or are inadequate, and only 13 per cent get teaching classified as outstanding.

The Policy Exchange was established by former education secretary Michael Gove. Responding to the speech, its head of education Jonathan Simons said: “We are very keen on the principle of decentralisation of pay and keen that schools use pay incentives where they are needed to attract people. In particular there are some subjects that have shortages and in areas that are less attractive.”

He said schools should use “a whole range of incentives including pay, access to future learning and continuous professional development (CPD)”. Mr Simons said local areas should begin looking at extra incentives to recruit teachers. He added that in its election manifesto earlier this month Policy Exchange said new city regions should start looking at providing packages of support to teachers as “a whole recruitment and retention approach”.

A spokesman for the SMCP said: “Alan Milburn’s key message is to get the right teachers in and improve the quality of teaching in deprived areas. He’s calling for more financial incentives to implement this policy goal.”