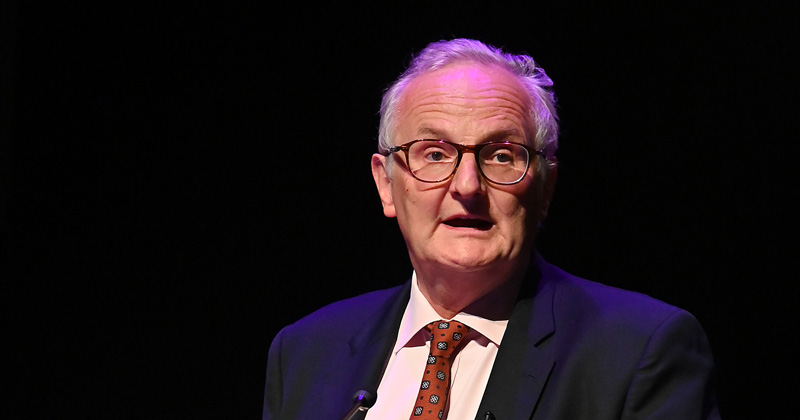 Lord Agnew, the academies minister, has pledged to look at whistleblowing procedures for academy trusts to ensure those who report foul play are protected.

Answering questions in the House of Lords about the financial arrangements and auditing of academy trusts, Agnew told peers that whistleblowers “play an important part in the regulation of the system”, and that he was “happy” to look into the way whistleblowing complaints are handled by the sector.

Schools Week reported in May how the use of non-disclosure agreements is increasing in some large academy trusts, prompting concerns that chains are using the legal deals to prevent whistleblowers coming forward.

There are also concerns among politicians that whistleblowers aren’t given enough protection.

During the Lords question session, Baroness Kramer, a Liberal Democrat peer and member of the all-party parliamentary group on whistleblowing, said it was “very evident that whistleblowers in this area rarely know to whom they can safely complain or report”.

“Retaliation is exceedingly common,” she added.

“The noble Baroness is correct that whistleblowers play an important part in the regulation of the system, but I assure her that that is not the whole story at all,” replied Agnew.

“We rely on the external audit reports that we receive from auditors and we issue financial notices to improve wherever we come across wrongdoing. However, I am happy to look into whistleblowing procedures to ensure that we are protecting their interests when they are used.”

A number of recent cases in the academies sector have highlighted the importance of whistleblowing in bringing problems to light, as well as issues with the way whistleblowers are treated.

Schools Week revealed in April how Andrew Morrish, the chief executive of the Victoria Academies Trust, had threatened to to uncover and “deal with” the anonymous whistleblower who had behaved in a “treacherous”, “underhand” and “pathetic” way in raising safeguarding concerns.

Whistleblowers were also responsible for revelations in March that a prominent state school lavished thousands of pounds on designer candles, luxury paint and furnishings from a bespoke interior design store.

Concerns about the treatment of witnesses in teacher misconduct hearings has also prompted the Teaching Regulation Agency to draw up a witness charter to protect those who give evidence after a high-profile case in which the National College for Teaching and Leadership, the TRA’s predecessor, attempted to attempted to persuade the government to disclose the names of whistleblowers to lawyers defending teachers.

In 2017, it was also revealed that almost every investigation into academy trusts by the Education and Skills Funding Agency over the previous four year period was prompted by a whistleblower.

In the Lords this week, Lord Storey, the Liberal Democrats’ education spokesperson, pointed to the case of James Stewart, the former principal of Sawtry Village Academy in Cambridgeshire, who in 2017 pleaded guilty to fraud and misconduct in public office after making off with more than £100,000 and having sex with another adult during school hours in a part of his office specially adapted for that purpose.

“This went on for a number of years but was not picked up by any audit or inspection—it was a whistleblower who shone a light on what was happening,” said Storey.

Lord Watson, the shadow education minister, warned the government has “virtually no powers to rein in those academy trusts that are acting in a cavalier manner with public funds”.

Agnew insisted that scrutiny of the sector is “robust”, and said it was “frustrating that I am often attacked about governance in the academies sector while there are also a lot of transgressions in the local authority sector”.