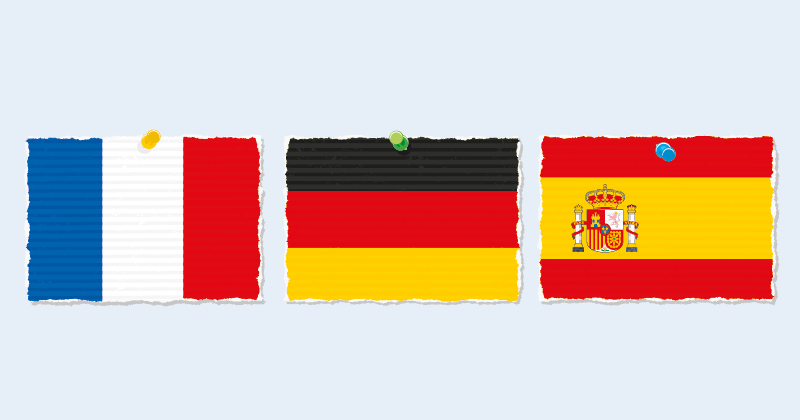 Grade boundaries in modern foreign language (MFL) A-levels will be adjusted to take “native speakers” into account for the first time, allowing more pupils to achieve higher grades and suggesting a historic under-grading in the subject.

Ofqual announced a one-off upwards adjustment to grades to account for the advantage of native speakers after research found they had a “small, yet important” impact on grade boundaries.

Unions, language associations and independent schools have said the move went some way to addressing the “severe” grading in A-level languages.

They said fewer pupils took A-level German and French because higher grades were harder to achieve than in other subjects.

Ofqual’s research formed part of a review into whether subject “difficulty” needed to be accounted for at GCSE and A-level, with some subjects seen as easier than others.

Although the exams regulator decided it was too difficult to adjust for subjects by their “difficulty”, one-off adjustments would be considered “where there was a compelling case”.

Some education leaders have also called for a reliable means of defining a “native speaker”, especially after Ofqual admitted it was “impossible” to monitor native speaker numbers accurately each year.

Some pupils grew up with a foreign parent but did not speak the language, while others had “significant exposure” to a language through regular holidays.

As a result, the watchdog said “routinely monitoring the presence of native speakers in A-level MFL each year would not be possible”.

Campaigners have welcomed the A-level adjustment, but want changes at GCSE too.

David Blow, headteacher at the Ashcombe School in Surrey, who has worked on language grading for the Association of School and College Leaders, said he was pleased Ofqual had made the “significant and vitally necessary change” but said it was “disappointing they were not touching the GCSE”.

The effect of native speakers at GCSE were less than at A-level, where their numbers were proportionately greater, but campaigners would continue to drive for this, he said.

Barnaby Lenon, chair of the Independent Schools Council (ISC), whose schools place a high proportion of pupils through A-level and so could have been particularly affected by under-grading, welcomed the change.

“Independent schools, with other schools, have felt that the grading issue is making it harder to recruit good students to modern foreign language A-levels. This is a sensible change.”

Ofqual found that more pupils who speak other languages were taking MFL subjects, while fewer pupils overall took up a language at A-level standard.

Brian Lightman, an education consultant and former German teacher, said native speakers might not have a significant advantage under new A-level specifications from 2018 because of a stronger emphasis on grammar.

Sally Collier, chief regulator at Ofqual, said the adjustment to languages this summer meant the watchdog was “better placed than ever to ensure standards in GCSEs, AS and A-levels are appropriate”.