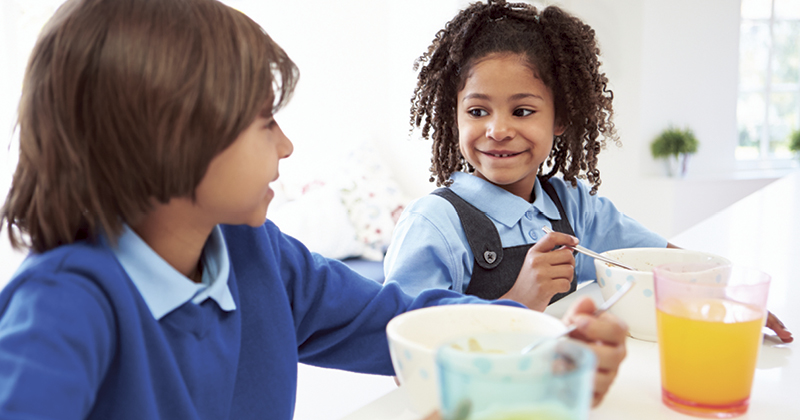 The hunt is on for an organisation to deliver breakfast clubs in 1,500 schools located in disadvantaged areas as part of a £26 million package from the government.

Funded breakfast clubs were a pledge in the Conservative manifesto for the general election earlier this year – with £60 million originally set aside to deliver a free breakfast in each primary school.

However, the policy became an embarrassment after Schools Week revealed this amounted to just 7p per meal leading to a U-turn on costs.

Now the government has placed an advert an organisation to “kick-start or improve self-sustaining breakfast clubs” in at least 1,500 schools with funding prioritised for schools in the 12 ‘opportunity areas’ where Justine Greening, the education secretary, is focusing many of her educational policies.

The funding pot of £26 million for the breakfasts is some way short of the original £60 million package, but the amount covers a substantially smaller number of schools.

Bidders for the contract have been told there is “no fixed model”, nor fixed costs, for how the provision should be implemented across schools.

But fees above 50p per meal are said to “create access barriers for lower income families”.

Documents for the tender also show that the schools will be expected to cover the cost of staffing, accommodating and marketing the breakfast provision from within their own resources.

The burden on schools was raised as a potential pinch point during the general election campaign, with school leaders concerned they would not have staff available so early in the morning to cover the clubs.

Where schools can show “clear evidence” that they are unable to cover these costs, the documents state the supplier can provide an “additional subsidy” for a “maximum period of six months”.

The contract winner will also receive an additional £2 million for “innovation projects” that can test new ways to enhance nutritional benefits within specific groups.

The plan is to select a supplier before January 2018 and launch the services in some schools in April 2018. All 1,500 schools should be delivering breakfast clubs by February 2019.