As many as one in eight children stand to lose their entitlement to free school meals under new eligibility criteria introduced by the government, according to a leading spending watchdog.

The Institute for Fiscal Studies said that although 210,000 children previously ineligible for free meals stand to gain under the new system, 160,000 pupils who would have been entitled to free meals under the old system will lose out.

New analysis by the IfS, funded by the Children’s Commissioner Anne Longfield, looks at the potential long-term impact of the government’s new £7,400 earnings threshold for free school meals under the new universal credit benefits system. The threshold will replace transitional arrangements which saw free meals offered to all pupils from universal credit-claiming households.

We estimate that around 160,000 children, 13 per cent of those entitled under the legacy system, will lose entitlement under a universal credit system

Changes to free school meals eligibility enacted by the government have been at the centre of a bitter row between the government and opposition since they were announced last year.

The government claims the changes in eligibility will mean that 50,000 more pupils will become eligible for free school meals, while Labour and the Children’s Society say around a million children who have become eligible under the transitional arrangements stand to lose out once the new system fully comes into force.

Although today’s IfS analysis confirms there will be a net increase of around 50,000 in the number of pupils entitled to free meals under the new system, the watchdog warned the government’s numbers hide “many more winners and losers”.

“That net change of around 50,000 is the result of considerably larger offsetting numbers of winners and losers,” the IfS report said.

During the debate, senior government ministers including Damian Hinds, the education secretary and Esther McVey, the work and pensions secretary, claimed that no child would lose out on free school meals as a result of the scheme. Many Conservative MPs also accused Labour of “scaremongering”. 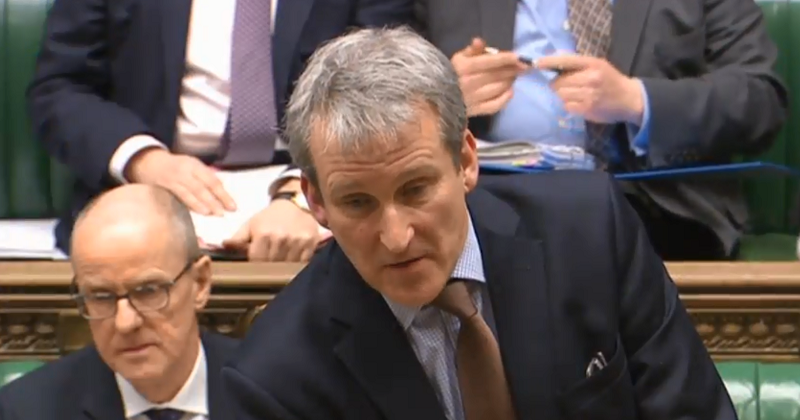 The IfS analysis warns that universal credit will “tilt entitlements away from families where no parent is in paid work and towards families with at least one parent in paid work”.

For example, the child of a lone parent working 12 hours a week for £12 an hour would previously have been entitled to free school meals because they could get maximum child tax credit. But the same child would not be eligible under the new system, because their parent’s income would be £7,488, which is above the new threshold.

At the same time, the child of a lone parent working 18 hours a week for the national minimum wage of £7.83 an hour would previously not have been able to claim free school meals because they would have been entitled to working tax credit. But that same child will gain eligibility under the new system because their parent’s earnings, at £7,329 a year, fall below the threshold.

“The lost entitlements among workless families are largely driven by the small minority of them whose unearned income or assets disqualify them from universal credit altogether. Hence, they will lose both cash benefit entitlements and free school meal entitlements,” the IfS said.

Angela Rayner, the shadow education secretary, accused ministers of “fiddling the figures rather than facing the facts”, and said the government “has not been straightforward with the families who will lose their eligibility for free school meals”.

“Ministers claimed time and time again that nobody would lose a meal under their plans, but the IfS have revealed that one in eight children who were eligible before Universal Credit could find their meals taken away once the Tories’ plans are imposed in full.”

Rayner urged ministers to “think again and abandon plans that would leave so many children ineligible for a hot meal”.

The IfS says an “important factor” in its results is the government’s decision to freeze the £7,400 threshold until 2021-22, rather than increase it in line with inflation or average earnings. An additional 80,000 to 100,000 children would be entitled to free school meals by 2022 if the threshold was uprated. the IfS said.