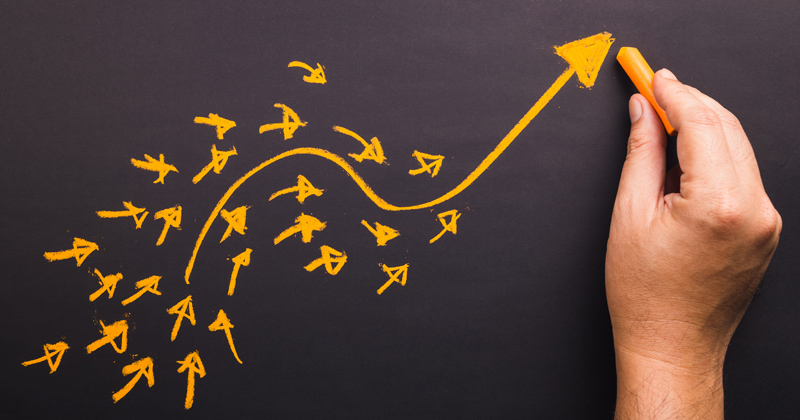 Teachers are often given the excuse: “I did it because I saw John doing it…”

It’s not surprising as students, like everyone else, follow norms and do what others do, either because it’s expected (what researchers call injunctive norms – what you’re told to do) or because it’s prevalent (what researchers call descriptive norms). Prevalent norms are stronger: if everyone’s writing quietly, there’s a strong incentive to do the same; if the classroom is in chaos, there’s little incentive to try to work.

This is great if our students are used to working diligently, but frustrating if they’re not. Luckily, the study of social norms in other fields offers some ideas about how we can encourage students to study harder or behave better.

In a classic paper, Robert Cialdini et al forced (unknowing) participants to choose whether or not to litter – for example, by leaving a flyer obscuring their windscreen in a car park without a nearby bin. A series of experiments showed that:

People litter more in an environment in which there’s litter already; they litter most if they see someone else do it in front of them (prevalent norms are powerful).

They litter less when the environment is clean, but there is just one item of litter (seeing one bit highlights the prevalent norm: not littering).

Cialdini emphasises the importance of identifying gaps between what is expected and what is prevalent and to highlight what we most want students to do in the moment.

If what most people are doing is positive, presenting individuals with objective feedback about how their behaviour compares with others can be powerful. In Australia, for example, the government tried several messages to encourage doctors to prescribe fewer antibiotics. They tested a range of messages, including advice and posters to put up in surgeries, but they found the most effective message was the simplest: a graph that showed how much doctors were prescribing compared with their peers. The number of prescriptions went down 14 per cent: highlighting the prevalent norm encourages people to meet it.

The kind of feedback doctors received will only have positive effects if the prevalent norm is positive: if a student knows that most of their peers are doing very little work this will encourage them to do likewise. The knock-on effect can be for expected norms to slip too: if most students aren’t submitting homework, a teacher who insists on it may struggle and may not be supported by school leaders or parents.

In a paper entitled Gentle Nudges vs Hard Shoves: Solving the Sticky Norms Problem, Dan Kahan argues that the key to shaping behaviour under these circumstances is to increase the level of expected behaviour slightly and to enforce it rigorously. He gives the example of the gradual tightening of restrictions on smoking in workplaces, restaurants, playgrounds and contrasts this with Prohibition in the early part of the past century during which otherwise law-abiding citizens broke the law because they saw the outright ban of alcohol as unreasonable.

There are different routes to encouraging students to adopt certain behaviours: identifying what is expected and what most students are doing, then encouraging others to follow that prevalent norm, or to gradually change expectations around what the norm is, as with restrictions on where people can smoke. Either way, the aim is to make them feel drawn to a certain behaviour because it’s the right thing to do.