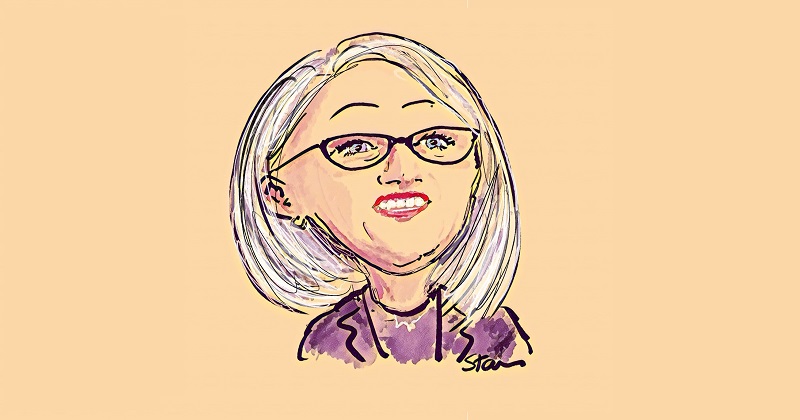 Rebecca Long-Bailey has been appointed as shadow education secretary by Sir Keir Starmer.

Here’s what we know about her…

She was born in Manchester in 1979. Although Long-Bailey is one of the youngest people to hold the role of shadow education secretary, the record is actually held by her predecessor Angela Rayner, who was 36 when she was appointed in 2016.

Her background is in law. Long-Bailey worked as a solicitor before entering Parliament, but has also spoken of how jobs held early on her life helped shape her politics. She worked at the shop counter of a pawn shop, and also worked in call centres, a furniture factory and as a postwoman.

Long-Bailey became interested in politics after seeing her parents struggle. She said she was “angry at the inequality and unfairness I had seen and I wanted to do something about it”.

A Corbyn loyalist, she served on the front bench continuously under his leadership. Long-Bailey was appointed as a shadow Treasury minister in Jeremy Corbyn’s first reshuffle in September 2015, becoming shadow chief secretary to the Treasury in June 2016, and then shadow business secretary in February 2017.

She came second in the Labour leadership race. Long-Bailey was considered to be the Corbynite candidate in this year’s leadership election, and voiced her support for many of his policies during the campaign. She secured 135,218 votes, around 27 per cent of the total vote, coming second to Sir Keir Starmer.

Long-Bailey doesn’t like academies. In a Q&A with Schools Week during the campaign, she said there was “no evidence that academies are better for children”, and said she believes local authorities should be “responsible for delivering education to their local communities”. Her position is similar to Starmer’s. He has said that “all schools should be under local democratic control”.

She is against academic selection. During the campaign, Long-Bailey said Labour “must stand for a truly comprehensive, inclusive education system that doesn’t close children’s aspirations down before they even leave school and which supports the development of all children equally”.

She raised concerns about the creation of a DfE property company in 2016. As a shadow Treasury minister, Long-Bailey quizzed then education secretary Nicky Morgan on plans to transfer academy land to the state and rumours of a proposed DfE property company. The company, LocatEd, has since been formed and taken over the hunt for free school sites.