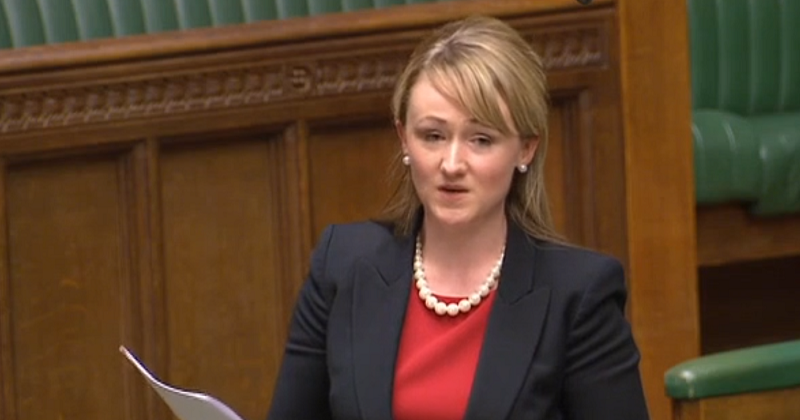 Plans to transfer ownership of all school land to the government combined with rumours surrounding a property company set up by the Department for Education (DfE) have sparked fears about a possible future sale of assets.

The government’s recent white paper sets out proposals for the transfer of school land currently held and managed by local authorities to the state when those schools become academies. The land will then be leased back to the academy sponsor, much in the same way the councils currently lease land to schools.

But the recent establishment of a “property group”, which the department claims was set up to find sites for new free schools, has raised questions about whether the land will continue to rest in public hands.

Rebecca Long-Bailey (pictured), the Labour MP for Salford and Eccles and shadow treasury minister, is among those who have drawn parallels with NHS Property Services, set up by the Department of Health in 2010 to manage land taken from primary care trusts, and whose chief executive Elaine Hewitt now sits on the DfE’s property group.

A legal source close to the DfE has told Schools Week he believes the company will eventually function in a way that facilitates the white paper policy, claiming it will “hold and manage the land under the new arrangements”.

The government has insisted the group is aimed at securing free school sites and not linked to the white paper, but has not said whether or not it will take on additional duties in future.

A spokesperson also said “clear safeguards” were in place to prevent academies selling or changing the use of public land without permission, claiming it was “disingenuous” to suggest otherwise. But she did not address fears that the government might eventually dispose of it.

Nicky Morgan, the education secretary, faced questions from Long-Bailey in parliament last Wednesday about how property would be managed once in the government’s ownership.

Long-Bailey said she “questioned the necessity” of creating a property company when the land was held by the state, adding: “It would of course make perfect sense if there was, say, a proposed sale of that property management company in the future. I say no more.”

She also sought answers about whether academy tenants would be required to seek consent for any underletting, and whether or not there would be local engagement to ensure that any tenants were “deemed beneficial to the school and the wider community, rather than simply offering a financial gain for the academy”.

Long-Bailey called the current proposals “extremely ambiguous” as they failed to clarify where proceeds of sales would be directed. She suggested they go to the relevant local authority, “so that they can be put to good and beneficial local use”.

Morgan did not respond to Long-Bailey’s questions due to the format of the debate.

The property group was announced in February as part of the release of wave 10 of successful free school bids. Members include Michael Strong, former executive chairman of CBRE Europe, Middle East and Africa, Philip Bell-Brown, group property director at Dixons Carphone, and Ric Lewis, a governor at King Solomon Academy in London and chief executive of Tristan Capital Partners.