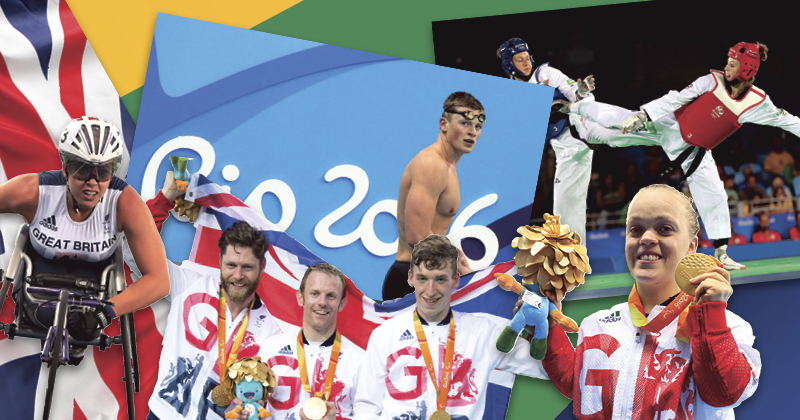 Independent schools disproportionately represent Great Britain at elite level sport, but an analysis of this year’s Olympic and Paralympic medal tables shows that state schools are starting to close the gap.

Just under 70 per cent of Team GB’s medal-winning athletes at the Olympics were educated at state-maintained schools with a handful of athletes, including diver Tom Daley, given scholarships to independent schools.

According to Sutton Trust figures, 36 per cent of British medal winners at the 2012 London Olympics attended a private school, compared with 7 per cent of the population.

That proportion has decreased over the past four years as our analysis shows that 32 per cent of medal-winning athletes at Rio were educated at independent schools.

Meanwhile, analysis by The Good Schools Guide of Team GB’s Paralympic medallists reveals that 82 per cent were educated at state or special schools and just over 10 per cent at independent schools. The other 7 per cent were from unknown or overseas schools.

Ralph Lucas, editor of the guide, said it was a shame that the Olympic medal tables “did not reflect the proportions of state and independent educated people in the wider population”.

He said the education distribution in the Paralympics “appears to be much more representative of the country as whole”, but added that it was hard to draw “firm conclusions” as to why, with the relevance of the type of school attended by Paralympians who became disabled later in life being “questionable”.

“Perhaps most important of all is the time independent schools are able to put into coaching and competition [compared with state schools]. All this means standards are elevated to very high levels.”

Past figures from the ISC show that private schools have almost as many swimming pools between them as the state school, higher education and further education sectors combined.

Proposals in the government’s green paper, Schools That Work for Everyone, also suggest that private schools could soon be pushed into sponsoring schools to haul up standards in the state sector.

If the plans go ahead, private schools will be incentivised to spread their “expertise through the system”.

He said the government’s proposals for more collaboration “will obviously be beneficial”, but he warned the balance between the numbers of independent school pupils winning Olympic medals compared with state schools would “not happen overnight.

“For the independent sector to do what it does requires a lot of very different factors to work together. If independent and state schools work together in the coming years it won’t automatically and immediately change that balance, it might make a bit of a difference but not a massive one quickly.”