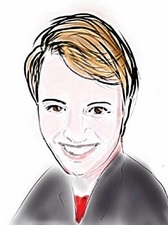 As the National Union of Teachers hold their annual conference, Schools Week regular Emma Ann Hardy gives us the lowdown on the days’ motions and happenings.

One of my favourite times at conference is when we start to disagree, and today’s motion with the amendment on escalating strike action didn’t disappoint.

The tension in the room was palpable, with my own union division divided on whether we should set dates for four days of strike action now, or if we waited to see what an incoming government would do.

Heated conversations erupted but the reaction to the debates at the podium remained largely good tempered. You would be forgiven for thinking that escalated strike action would be carried given that the auditorium loudly cheered every speech advocating for it, and the reaction to speeches against was more muted, but when following #NUT15 on twitter the sway of opinion was clearer, and the strike action call was defeated by a large majority.

Unfortunately, I didn’t get to speak for the amendment to a motion about Ofsted. I wanted to make the point that developing a better accountability model that has been researched and trialed, would be both good for the profession and increase engagement in our union. However, the criticisms of Ofsted were never going to be fiercely debated, despite the work being done by Sean Harford on defeating myths.
The main speech, including the account of feedback from an inspector, had everyone laughing as the inspector’s detailed account was nothing more than them reading out the lesson plan. This illustrated that much more needs to be done if Ofsted want to win the respect of the profession. I wanted to hear a call to work with, and not just against, Ofsted. Also, that more needed to be done to challenge incompetent management. I’m certainly looking forward to reading the pamphlet created by East London NUT on using Ofsted’s myth busters document to win concessions in schools.
Primary teacher voices were evident in the morning debate on baseline testing. There were passionate pleas against the damaging effects of testing our four years olds, and arguments on the validity of such tests.
One of the most amusing comments was on how to assess the ‘challenge of getting changed for PE’ as it resonated with me and my memories of teaching Year 1. Anecdotal  stories of teaching Early Years’ children are always enjoyable, and the comments about the pleasure a child had from realising his voice sounded really interesting when he spoke through his plimsoll, had me genuinely laughing out loud. It highlighted how ridiculous the idea is that we can get reliable data from pupils when they first start school.
The debates were very amusing, and the comments outside the auditorium were positive with secondary teachers commenting on how much they had learned.
My collegue Daniel Sproats was disappointed that we didn’t reach the motions on Sixth Form Colleges and funding, especially since it would have been interesting for conference to note the cross-party support for cutting VAT. However, the motion on secondary schools was passed – sadly without the amusing anecdotes.
The buzz around conference remains as exciting as always. The priority motion on funding and future debates on possible strike action mean that the rest of conference promises to be just as interesting.
Previous story
Next story
More on this theme