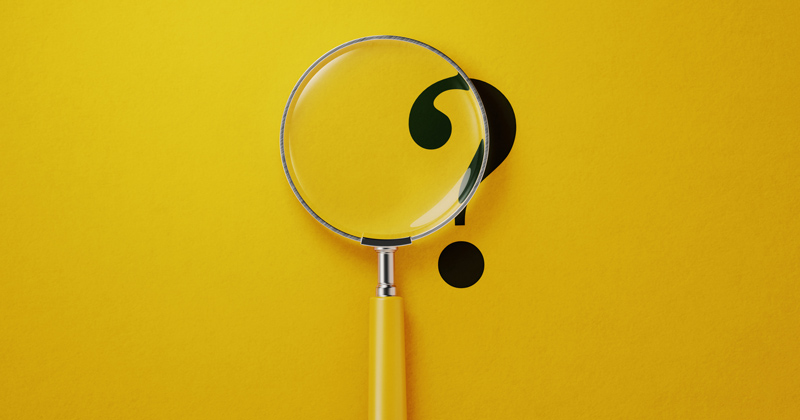 Six weeks after lockdown and the sudden end of inspections, and five weeks after Ofsted mooted a mass redeployment of staff, JL Dutaut finds out what the inspectors have been up to

It’s now six weeks since “business as usual” came to an abrupt end for Ofsted.

Yet just last week, chief inspector Amanda Spielman admitted to the education select committee that a “considerable number” of her staff were “less than fully occupied”. Cue rumblings of criticism among the profession. But what is the inspectorate to do when its primary function is deemed inappropriate?

Perhaps better to ask what it is that Ofsted staff and inspectors are doing at this time of national crisis. It is five weeks, after all, since Paul Joyce, its deputy director for further education and skills (FES), said Ofsted was working with the Department for Education to redeploy its staff, including as support providers if needed.

And, acknowledging that “under-occupation” is a fact for many so far, what is it that schools would like them to be doing? (It’s worth noting, however, that inspections haven’t stopped altogether. They will also resume, which means the organisation has to avoid conflicts of interest, not only now but in the future.)

According to Karen Shepperson, the inspectorate’s director for people and operations, the decision was made early on “to do whatever we could to support the wider government effort, while maintaining our independence on the few emergency inspections we’ve had to do (in the social care space)”.

Most redeployment is happening in-house. About a third of Ofsted’s 1,700 staff are “fully occupied with the day job or our own emergency response”, she says.

Other redeployments bring the total to some 700 of the 1,200 or so available (see infographic). Of those, few are working in colleges. Ten, for example, are working with Star Academies, but even that work is limited to supporting Starline, a national parent helpline for home learning. About 500 remain “under-occupied”. Why aren’t they in schools? 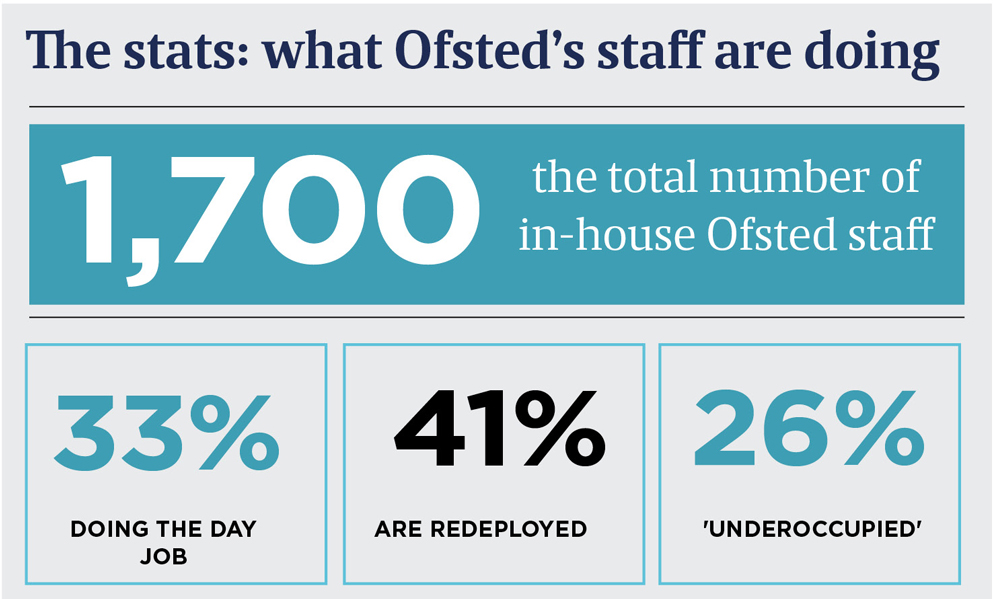 First, as Shepperson says, the DfE directive is for LAs to coordinate local Covid-19 responses. “We have therefore been directing our support mainly through local authorities. If schools and colleges need support they should contact their LA, and if Ofsted can provide that support, then we will.”

Second, while some leaders would like more Ofsted involvement in schools and believe there are positive contributions they could make, others find the idea unpalatable.

Dan Morrow, the chief executive of the Woodland Academy Trust is one of them. For him, Ofsted’s resources are best deployed “continuing to support social care and children’s services as the key foundation to education”. His chief concern is that any involvement with education could over-ride schools’ and colleges’ agency in favour of a centralised model or general groupthink.

Third, even among those who do want Ofsted involvement, it is unclear that there is any consensus as to what that might look like. And even with 500 staff available, Ofsted may not have the expertise and capacity to respond to everyone’s needs. Responding to only some could be seen to create an uneven playing field.

According to Shepperson, demand has been low for Ofsted to support schools and colleges directly. However, her explanation that low staff absence and “a very limited” number of pupils lessens “the need for additional people to work in schools and colleges” seems potentially misleading.

“There will always be judgments when Ofsted come to inspect,” says Ali Hadawi, the principal of Central Bedfordshire College, “but we’ve got experiences in the past where Ofsted didn’t only inspect.”

For him, there must be a way through the Covid-19 crisis that “uses Ofsted expertise to help improve the quality of learning that our learners are receiving remotely”. 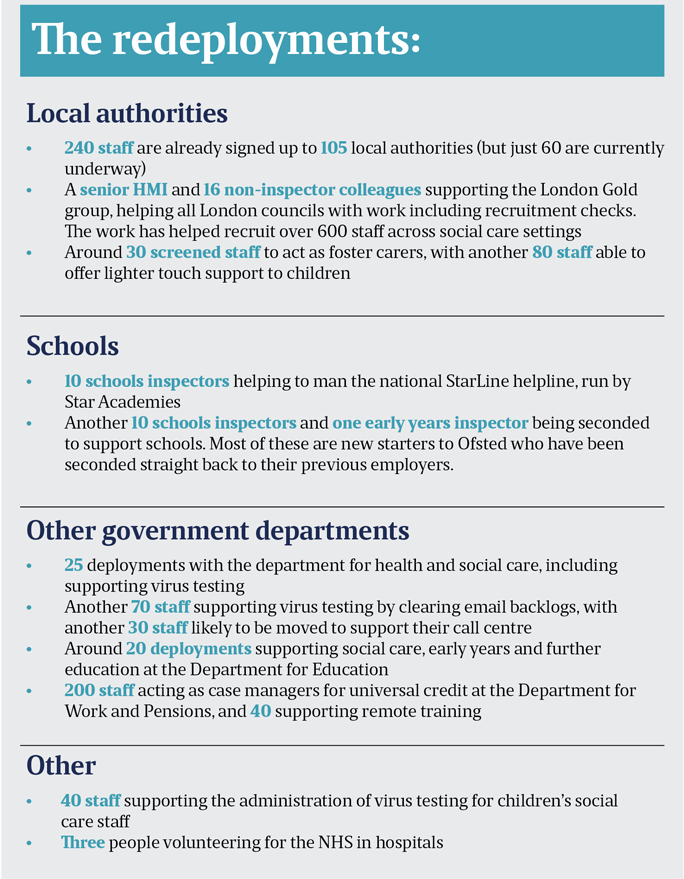 As well as developing curriculum provision, some school leaders are concerned about assessing teaching in a distance learning context, while others are more worried about the effect judgment might have while teachers are learning on the job and vulnerable as a result.

Navigating a channel between these pressures will be a challenge, but few organisations have the resources, networks and leverage Ofsted has to draw together and share best practices system-wide. That surely is a supportive role it ought to be playing.

To an extent, some of that work is beginning to happen. Tracey Fielding, a senior inspector, has been redeployed to work on recovery planning with two local authorities in the southeast. She says that senior HMIs do have a link with local authorities, “but [the Covid response work], increases it on a more individual school level in terms of working with headteachers, for example.

“That whole professional dialogue has really given an insight, both to us at Ofsted and the leaders about how we can have discussions that can be an equal measure of challenge and support.”

As the Covid crisis response changes – with education set to reopen to progressively larger groups of students over an indeterminate period and a return to routine Ofsted inspections unlikely – there is every chance that this work will develop.

As Spielman herself said this week: “Schools can and should be doing what they can, but no, it would be wrong for us to be going around trying to judge that in the absence of any clear expectation. I would like to see us get to a clear expectation of what […] every parent can and should expect of a school, but I don’t think that is going to be simply to have every teacher in front of a camera every day.”

One certainty is that the speed and effectiveness with which it will happen will be in great part determined by the inspectorate’s ability to build trust in its supportive aims and to ensure its staff have the freedom to innovate. Which will mean making mistakes too.

The openness with which it has responded to this feature  is an encouraging sign. The picture may remain unclear as to precisely what an inspectorate does when it isn’t inspecting, but an inspectorate, after all, is made up of inspectors.

As Shepperson says: “This is the greatest challenge the civil service has faced for a generation at least. Many of our staff redeployed across government are supporting the most vulnerable families. We have had an amazing response from [them]”.