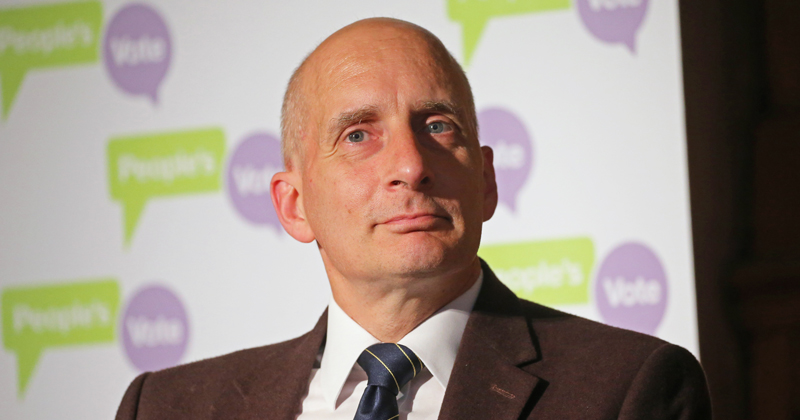 A Labour peer who accused schools of failing to provide online learning has updated his register of interests after questions over links to a global education company that boasts of an extensive remote learning programme.

House of Lords files were updated this week to state that Lord Adonis (pictured), a former schools minister in Tony Blair’s government, stopped working for GEMS Education in March 2018.

There are few more powerful champions of state education than me

The peer sparked angry Twitter responses from teachers last week when he tweeted that he had written to Amanda Spielman, Ofsted’s chief inspector, that many schools were “not providing adequate online learning and support”. He also encouraged Twitter users to message him with details.

Official government guidance says that there is “no expectation that teachers should live stream or provide prerecorded videos”. Spielman told Sky News at the weekend that Ofsted had no mandate to look at remote work set by schools.

Writing for Schools Week, Paul Whiteman, the general secretary of the National Association of Head Teachers, said schools had “moved mountains in mere moments” to support children, although about 25 per cent of staff were unable to work.

The peer was criticised for a perceived failure to declare an interest after he raised the matter in the Lords last Thursday.

During a debate on people living in poverty during Covid-19, Adonis said: “There is evidence that a lot of state schools are not even providing day-by-day online classes. That is unacceptable.”

He asked ministers what regulations were in place “on the minimum provisions that state schools are expected to make in respect of education”.

At the time of his intervention, his official parliamentary register of interests said he was employed as an “education consultant” for GEMS Education.

GEMS runs 54 international schools across the world, and boasts on its website of an extensive remote learning programme, ensuring that “learning never stops”.

However, by Tuesday  an updated register said Adonis’s interest in GEMS ended on March 31, 2018.

Approached by Schools Week, the peer said he “hadn’t realised it was out of date until this was pointed out to me last week”, adding that he was “an adviser on global education, but specifically not in relation to any of GEMS’ interests in the UK”.

The code of conduct for the Lords says that members must “declare when speaking in the House, or communicating with ministers or public servants, any interest which is a relevant interest in the context of the debate or the matter under discussion”.

A guidance document issued by the Lords in 2017 said that the test of a “relevant interest” was “whether the interest might be thought by a reasonable member of the public to influence the way in which a member of the House of Lords discharges their parliamentary duties”.

Dr Mary Bousted, the joint general secretary of the National Education Union, said: “Politicians, whether appointed or elected, should at the very least ensure their declarations of interest are up to date. Adonis’s associations with private firms that make money out of selling education products make his interventions even less credible.”

Adonis blamed the backlash on a “small but vocal minority who think it acceptable for schools to be providing little worthwhile education in this crisis”.

A poll by Teacher Tapp during the first week of closures found that 82 per cent of state secondary teachers had set or collected work via an online learning platform.

Adonis said it would be a “tragedy” if young people did not get the “qualifications and opportunities they need to succeed… My only interest is in seeing that this happens.”

“There are few more powerful champions of state education than me… I owe everything in my life to education so this is very personal.”

A spokesperson for GEMS said: “Lord Adonis has no current relationship or affiliation with GEMS Education. Until March 2018 he was an occasional advisor to GEMS Education, providing counsel on global academic issues.”