Julie McCulloch, the policy director at ASCL, the school leaders’ union, said Brexit’s far-reaching effects were a “potential minefield” for leaders who faced “wading through a mire of complex changes” on top of handling Covid.

Spain has only offered them visa-free travel “subject to reciprocity and overall EU-UK relations”, EU documents show. It creates uncertainty beyond October, when the UK will impose similar rules for EU trips to Britain.

Paul Harrison, director of school consultants edEUcation, fears trips could be derailed by the extra costs, bureaucracy and fact schools may not become aware until the last minute. “The danger is it penalises disadvantaged pupils.”

Dr Paul Heery, CEO of the White Hills Park Trust, said it subsidised trips for those unable to afford them, but not all parents may ask for help. “If it’s more costly and bureaucratic too, it makes it harder to keep the level of visits we’ve had in the past.”

Trip organisers for EU schools told the Guardian up to 375,000 fewer children could travel to Britain over the changes, with alternative destinations found that all pupils could visit more easily..

Schools Week could find no UK government guidance online, with details only obtained by asking EU officials. A government source acknowledged changes, but said EU visa rules were “for the EU to decide”.

Law firm Stone King has had more requests from schools wanting support with applications for settled status from EU staff. 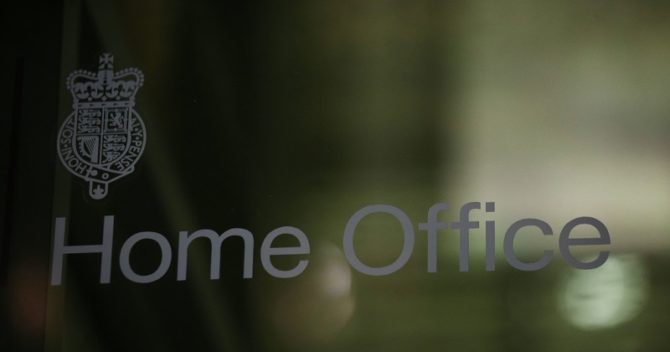 If they do not within 28 days, employers should “cease their employment”, or risk penalties for hiring “illegal” workers.

Yet employers are not obliged to check current staff status, risking no penalties if status is unknown.

Dan Morrow, the chief executive of Dartmoor MAT, said building project costs at his schools had soared by a third since 2019, partly because of shortages of European builders. “We’ve had to delay some essential repairs and builds.”

Julie Moktadir, a partner and head of immigration at Stone King, said many EU nationals were site managers, lunchtime supervisors and teaching assistants. But new EU recruits now needed visa sponsorship, with a £25,600 salary threshold and other rules making them ineligible for such roles.

Many EU teachers can obtain sponsorship, but visas cost up to £1,220 and annual healthcare surcharges £624.

Employers must register for a cost of £536. Schools Week analysis of UK-wide data suggests only 261 academies and 185 councils have done so.

Baroness Jean Cousins, a co-chair of the All Party Parliamentary Group on Modern Languages, said that about a third of secondary languages teachers were EU nationals.

“If it’s made difficult to recruit while not producing enough home-grown linguists, it really would spell danger for the sustainability of languages.”

The government wants 90 per cent of pupils studying all EBacc subjects, including a language, by 2025.

But McCulloch said it was already missing languages recruitment targets, with the number of European teachers seeking qualified teacher status halving since the EU referendum.

New TeachVac analysis of UCAS data shows that offers for languages teacher training place have also hit their lowest since 2014.

EU nationals arriving this year no longer qualify for capped fees, tuition and maintenance loans or bursaries, and face average postgraduate fees £5,650 above the £9,250 cap for UK nationals.

A government spokesperson said reforms made all overseas recruitment “easier and quicker”, however.

Pilots of visa advice and overseas teacher “acclimatisation” services for secondaries could be expanded in future.

A cap on skilled workers has also been lifted, and recruiters no longer have to advertise domestically before looking overseas.