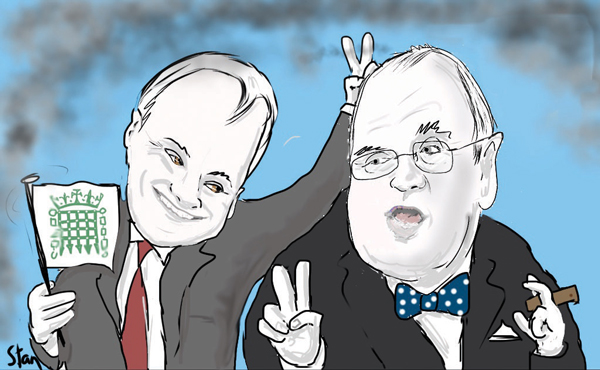 Ofsted now has the same powers to inspect multi-academy trusts (MATs) as it does to inspect local authorities, chief inspector Sir Michael Wilshaw has confirmed.

The change comes after what has been described as a “war of words” between Sir Michael and Education Secretary Nicky Morgan, which culminated in the publication last week of a letter from Ms Morgan to Ofsted.

The note described how the inspectorate should continue simultaneously inspecting multiple schools in one academy trust, but must now send and publish a letter about each trust that reviews performance of all its schools – not just those inspected.

This contrasts with the current approach where letters are only written and published if concerns arise, and do not mention non-inspected schools.

Sir Michael made his comments during a hearing of the Commons education committee, in which chair Graham Stuart hailed Ms Morgan’s resolution as a “victory” for Ofsted, and the select committee, both of which have been calling for the change.

Asked by Labour MP Pat Glass if he believed Ofsted now had the same powers to inspect MATs as it does with local authorities, Sir Michael said: “yes”.

But he drew fresh battle lines when he called on the government to make training for governors mandatory, claiming he had seen “very limited progress” in efforts to improve school governance.

He said: “My view is that we should do a lot more. All you need is one governor who is good, or a couple who are good, who can become the lead trainers. They don’t have to go on lots of courses.”

During the session Sir Michael also described “worrying” figures in Ofsted’s annual report for 2013/14 that showed weaker leadership in secondary schools than in primaries. He said headteachers should be “disciplinarians”.

“The most important thing as far as I’m concerned [leaders] have to do is make sure the culture is right.

“We don’t talk enough about culture and behaviour. If the culture is right in a school, if it’s a calm and orderly place, the head is marching around the corridors making sure children are behaving themselves and doing well, and it’s an aspirational culture, all those other things slot into place.

“We need leaders of our secondary schools who are going to be authoritative figures, who are disciplinarians. It’s not a harsh thing to say. I’m always concerned when I see stuff on the television with headteachers who seem to walk into classrooms and the kids don’t pay a blind bit of notice.”

‘Compelling logic’ in call to scrap...