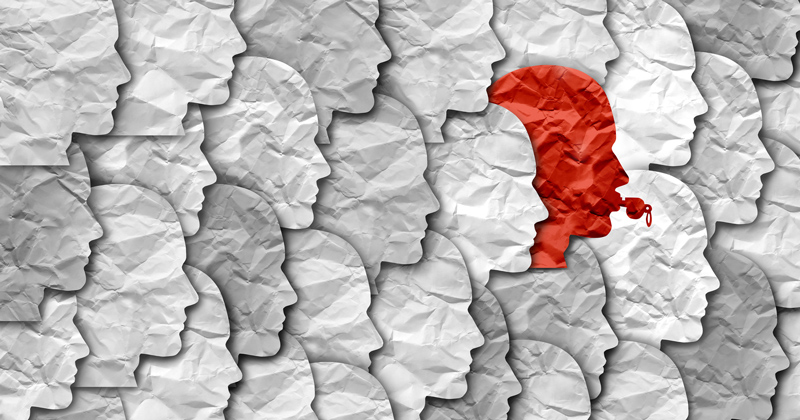 The Department for Education has admitted it should have redacted the names of whistleblowers who gave evidence as part of an investigation into cheating at an academy trust.

Schools Week revealed in February that three whistleblowers had been named five times across 165 pages of a DfE response to a freedom of information (FOI) request relating to allegations of SATs cheating at the NET Academies Trust (NETAT).

The document was published on What Do They Know, a website run by the charity mySociety to make it easier for people to make requests and share the replies publicly.

The department claimed at the time the response was not  published online. However, it has now admitted this was incorrect.

“Due to incorrect staff engaged, the wrong information was issued in the press release,” said a submission in the department’s annual accounts published last week.

“Although they [the whistleblowers] did not work for the trust involved, and as such are not legally classed as whistleblowers, the department recognised that they were undertaking whistleblowing activities and therefore should have been afforded additional protections.”

The findings of an investigation launched by the department following “concerns” from the Information Commissioner’s Office (ICO) were sent to the data protection watchdog in March.

A spokesperson for the ICO said: “As our investigation is ongoing, we cannot comment at the present time. We will not be making any further comment until it has concluded.”

The annual accounts said the DfE was “reviewing the guidance around FOI and redaction to ensure everyone understands what they need to do and the role of ‘What do they know’”.

The FOI request was submitted in November last year by Shaunagh Roberts, a parent at Waltham Holy Cross primary school in Essex.

Roberts sought all information held by the department relating to investigations at NETAT, which had recently been given the go-ahead to take over Waltham Holy Cross.

The trust, while supporting the school, was accused of encouraging staff to “over scaffold” support in key stage 1 and 2 writing by using Post-it notes to guide pupils.

The conversion was delayed while the government investigated the allegations, which were found to be “unsubstantiated”.

Liz Gardiner, the acting chief executive of the whistleblowing charity Protect, said at the time: “Confidentiality should be a shield for whistleblowers. Removing that shield endangers them, and sends a poor message to others who might consider coming forward.”

The government attempted to improve whistleblowing protections across the sector by beefing up requirements in its 2019 Academies Financial Handbook. Trusts were told to ensure that all staff  were aware of the process, know what protection was available to them and know who to approach if they had concerns

The ICO is also investigating a potential breach relating to how gambling companies gained access to the Learning Records Service (LRS) database, which contains the names, ages and addresses of 28 million young people aged 14 and over in schools and colleges across the United Kingdom.

The Sunday Times  found data intelligence firm GB Group, whose clients include 32Red and Betfair, had accessed the data. The DfE said Trustopia, a training provider, “wrongly provided access” to the LRS.