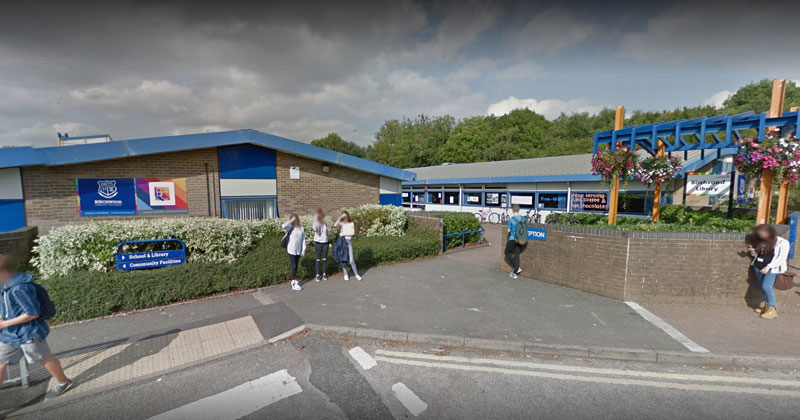 A secondary school in Warrington intends to reduce its intake, blaming the arrival of an award-winning free school on its patch.

Birchwood Community High School (pictured), an academy in the Birchwood area of Warrington, is consulting on a proposal to reduce its intake by 40 pupils from September 2019 after the King’s Leadership Academy Warrington, a free school, completed its move to a nearby site.

For five years, Birchwood has had a large intake of 210 pupils, mostly due to the closure in 2012 of Woolston High School.

Moira Bryan, headteacher at Birchwood, told the Warrington Guardian the school planned to reduce its numbers “now that King’s Leadership Academy is fully open in Woolston”.

It is one of the clearest examples of a free school prompting a reduction in places elsewhere. Advocates of the free school policy said such changes would happen as a consequence of competition working to drive up standards, but opponents worry the changes destabilise local schools.

For its part, King’s has challenged the assertion that its move into Woolston is to blame for the downsizing.

“We were mystified by this statement to be honest,” principal Shane Ierston told Schools Week. “None of our children come from the Birchwood catchment area.

“Due to popularity, our catchment has contracted to 0.7 miles around the academy. We take in predominantly from four local primaries with around 40 per cent arriving under the sibling rule.”
Ierston said the school had deliberately set its annual intake at 120 so as not to harm other schools, but had been inundated with applications every year.

“Every year since 2014 we have received around 400 applications. The Great School Trust [which runs King’s] is committed to high-quality education. We believe education to be a civil rights issue and see our purpose to improve social mobility by providing a free, non-selective alternative to the independent sector.”

“I have not been informed about the reasons behind this decision but it seems that the choice of school places for my constituents in the north of Warrington is being reduced yet again,” she told Schools Week.

“Instead of encouraging schools to cooperate to provide the best provision for young people the government’s policy has introduced an era of cutthroat competition.”

The King’s Leadership Academy Warrington opened in 2012 on its original site in Seymour Drive, Warrington. It was rated ‘good’ at its first Ofsted inspection in 2014.

In the school’s first set of GCSE results this summer, 86 per cent of pupils achieved five A* to C grades including English and maths. In a subsequent interview with the Warrington Guardian, Ierston described his school as “Eton without the £45,000 fees”.

The Leadership Academy’s new site is less than two miles from Birchwood, and under a mile from its original site.

The school’s consultation will remain open until Friday December 22, and can be found online here.