Three quarters of teachers banned from the profession for life last year were excluded for sexual misconduct – with the remainder committing fraud and exam malpractice, or intentionally misleading job applications.

Schools Week analysis of the 135 hearings carried out by the National College of Teaching and Leadership (NCTL) between September 1, 2016 and August 31, 2017, showed 36 of the 49 teachers kicked out for good had faced allegations of sexually inappropriate behaviour, ranging from watching pornography in class to having sexual relationships with underage pupils.

The others were given lifetime bans for misdemeanours including fraud (three teachers), exam malpractice (two), and intentionally misleading in job applications and other documents (four). 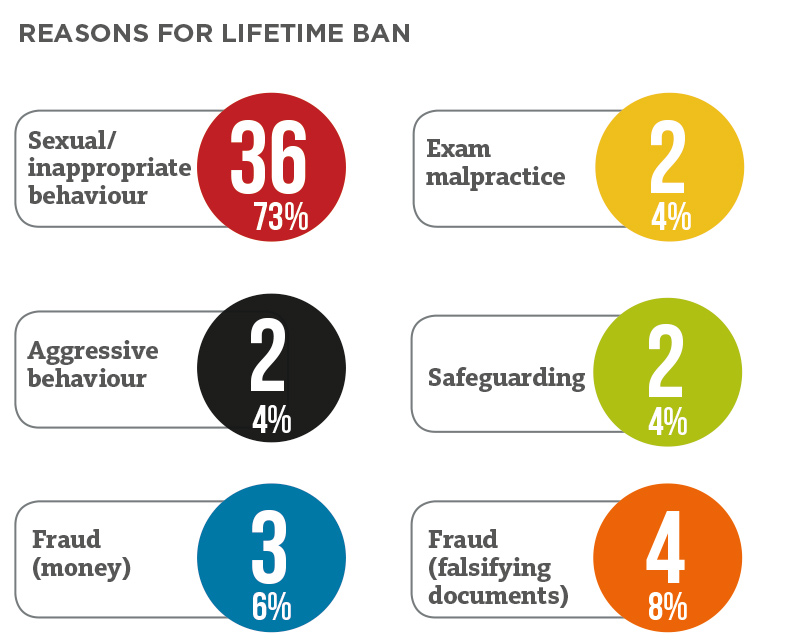 A total of 60 teachers faced accusations of sexual misconduct, 16 of whom did not face any kind of ban from the NCTL. The remaining eight teachers received temporary bans ranging from three and nine years.

Sexual or inappropriate comments were included in allegations against 55 teachers, and of these 45 (82 per cent) were made via social media. 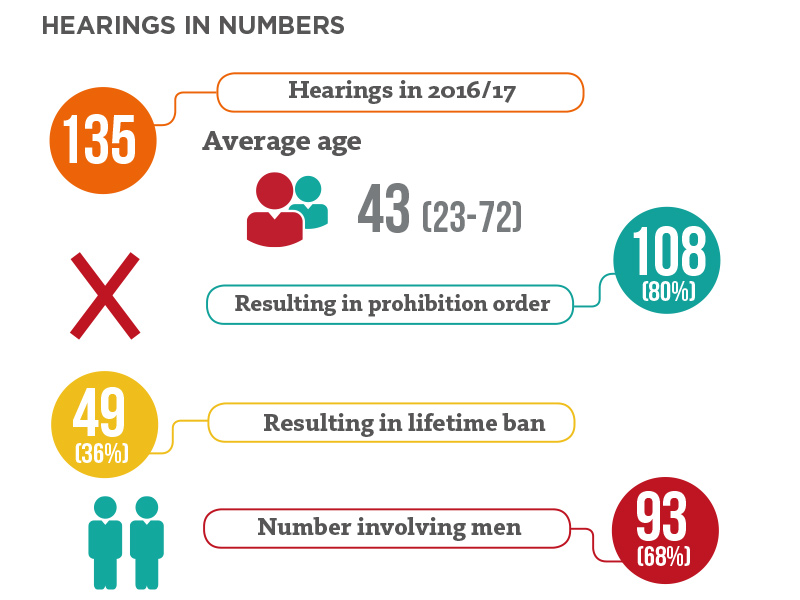 Alyson Smith, head of Phoenix Junior Academy in Chatham, was prohibited from teaching after she was accused of assisting pupils inappropriately during exams, removing low scoring papers, and keeping test papers in her office to make tallies of possible marks.

Meanwhile, Adele Simpson, head of Moorside Community Primary School in Halifax, was given a lifetime ban for not ensuring that exam papers weren’t opened early and answers weren’t changed.

She was also accused of allowing improper use of school funds, including first-class travel to London and hotel stays.

Other teachers prohibited, but not totally banned, included the head teacher of South Norwood Primary School in London, Della Williams, whose entire SATS cohort had their exams annulled after she was accused of altering papers and failing to investigate maladministration.

And Kim Thomas-Lee, a maths teacher at Selston High School in Nottingham, was accused of giving excessive assistance during exam and inflating students’ grades. The marks fell by 50 per cent when moderated, with the average class grade falling from a B to an E. Both teachers were prohibited for two years, when they will be allowed to appeal. 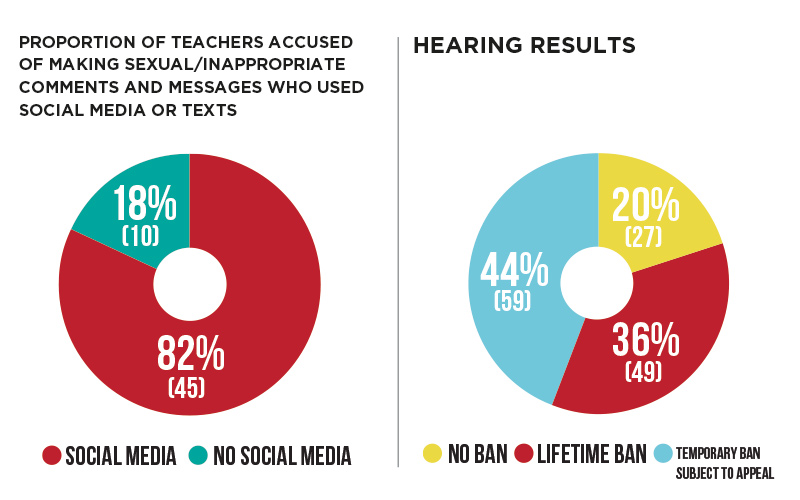 The average age of teachers was 43, with the youngest accused of misconduct a 23-year-old who lied on his application form to a primary school on the Isle of Wight and the oldest a 72-year-old who faced historical allegations of sexual contact with young boys dating to his time at a primary school in Rotherham. Both received lifetime bans.

Thirteen teachers faced the NCTL after receiving criminal convictions, including four based on sexual offences.

Other convictions included Suzanne Lee, who taught at Darton College, a secondary school in Barnsley, and pleaded guilty to assaulting door staff in a Sheffield night club and possessing 1.3 grams of cocaine before she was struck off.

The majority of teachers (52 per cent) facing hearings were employed at state secondary schools, with 29 based at 11-16 schools and 41 at secondary’s with sixth forms, while 32 (24 per cent) were from primary schools. 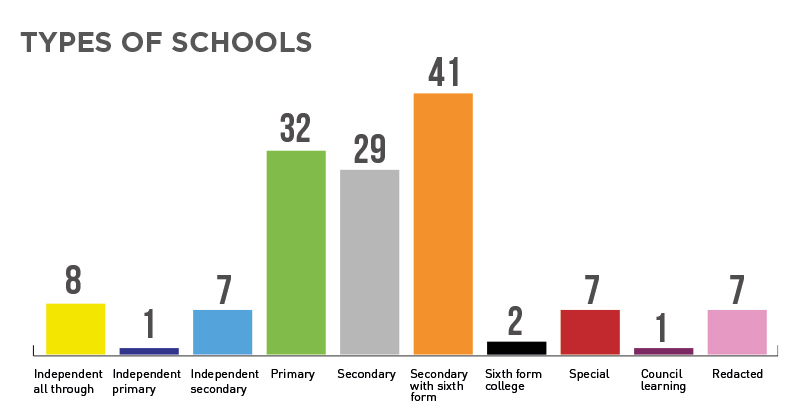 Eight teachers facing allegations of misconduct were from independent schools, and seven taught at special schools.

Other notable hearings included Nicholas Hall, an RE teacher from Soar Valley College in Leicester who was struck off for allegations including repeatedly attending Britain First marches, and the headteacher of Rosewood Primary School in Burnley, Ian McCann, who received a three year ban after it was alleged he falsely took time off with stress in order to take part in a charity bike ride in Cuba, an event he had already been refused annual leave for twice.