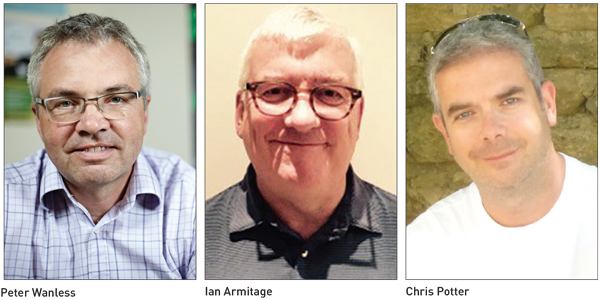 Peter Wanless has stepped down from The Kemnal Academies Trust (TKAT) board of directors after three years.

“I enjoyed TKAT a lot. It was an exciting time with the emphasis on academies. I think we developed a strong strategy for growth but at a reasonable pace.

“There are some talented people there who have a very strong commitment to do their best for children and particularly to take schools that are underachieving and strengthen them.”

“There is only so much time for everything so I thought I had done three years at TKAT and had other things on my plate. It just made
sense to give someone else a turn,”
he says.

Mr Wanless, 50, studied international history and politics at the University of Leeds.

In the early part of his career he worked in the Treasury and then the Department for Education from 1998 – 2008. His many roles included director of secondary education.

Ian Armitage now joins TKAT as a non-executive director. The 59-year-old, who has more than 30 years’ business experience, says he’s impressed by the team already in place.

“Karen Roberts [TKAT chief executive] has an awful lot of potential, energy and drive, and is someone who I want to work with.

“I genuinely am excited by this opportunity, I have a lot to learn but I will learn pretty quickly.”

Mr Armitage says he will focus on five things in his new role.

“One – have we got good leadership in all positions? Two – do we have the right strategy and plan to deliver all of our objectives? Three – can we more than satisfy our customers, in this case the children and parents? Four – what are the risks and how do we manage them? And five – make sure our finances are healthy.”

He studied PPE at the University
of Oxford and is the major shareholder and chairman of The Key, a service provider to more than 8,000 school
leadership teams.

John Kelly OBE has also joined the TKAT board.

Meanwhile, Chris Potter has joined Oasis Academy Long Cross this month as assistant principal, with a coaching and mentoring role across the north Bristol primary school.

He moves from his position as a teacher at Baileys’ Court primary in South Gloucestershire where he taught for eight years.

“It was the next step, I needed to move on for a new challenge but I’ll always have fond memories of the school.”

He has spent his first few days at Long Cross visiting classes and getting a feel for life across the whole spectrum of ages.

“At the end of the first week I did feel like I’d been in a washing machine on the final spin cycle, and I suspect this will continue to be the case, but I look forward to making a difference at the school by supporting the teaching of colleagues and looking at ways to improve the way we think about and teach maths.”

Mr Potter started his career in the travel and marketing industries after studying for a degree at West London Institute in geography and geology and then a Masters in tourism at the University of Surrey.

It wasn’t until 10 years ago, soon after the birth of his twin sons, that he decided he wanted to be a teacher.

He did his PGCE at the University of West England and later started work at Baileys court primary.