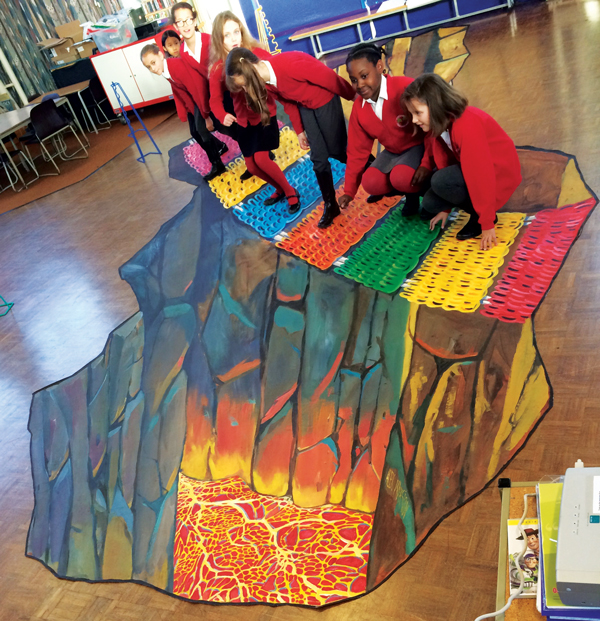 Children arriving at Cooks Spinney primary school in Harlow, Essex, were shocked recently to find a giant hole in their school hall.

But the “hole” was part of the school’s latest Wow day, aimed to capture the imagination of students at the start of a topic.

Headteacher Stuart Pope said: “Year 3 have been studying natural disasters and we wanted to hold a Wow day to bring that to life for them.

“Children and parents alike were caught up in the buzz around school. It caught everyone’s attention, which is great.

Pic: Pupils at Cooks Spinney primary school stand over the bridge of the sink hole that appeared in their school