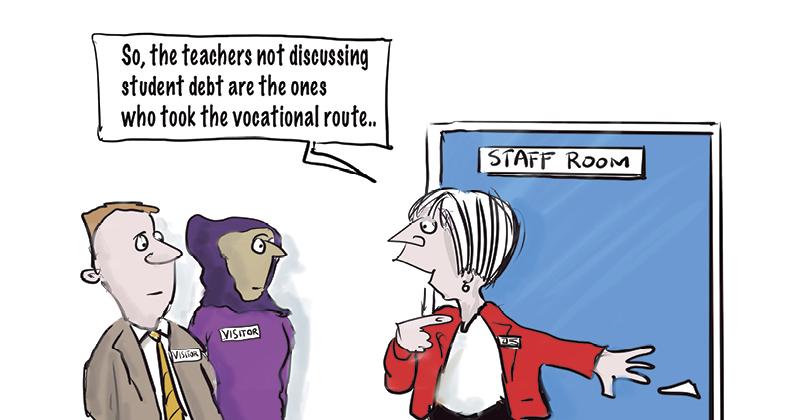 A group of schools hoping to create a fully vocational pathway to qualified teacher status (QTS) has passed its first hurdle after the government approved its plans for a new apprenticeship for teaching assistants.

The framework, drawn up by 11 schools in Buckinghamshire and the West Midlands and first revealed by Schools Week in January, will allow apprentice teaching assistants (TAs) to get level 3 qualifications equivalent to A-levels while training on the job.

Although apprenticeships for TAs and similar classroom positions have been available for some time, this is the first bid that has made clear its intention of creating a vocational route to QTS.

Standards for the TA pathway are now being finalised while plans for a “flagship” full apprenticeship for teachers are being drawn up for submission to the Department for Education (DfE). Developers say they are “95 per cent certain” they will be signed off.

The move was prompted partly by a government announcement that schools and academy trusts with more than 250 employees would be subject to new public sector apprenticeship targets, and that those with a payroll bill of more than £3 million would have to contribute to the new apprenticeship levy.

Jenny Brinkworth, office manager at Buckinghamshire’s Hughenden primary school who wrote the TA bid sent to government, told Schools Week that the group was “keen to get started” on the apprenticeship and looked forward to “working with a dedicated team of professionals to create a teaching assistant standard, thus securing future apprenticeship opportunities in schools”.

If approved, the full teaching apprenticeship, which is now being designed in partnership with the Teaching Schools Council, will allow learners to train up to level 7, equivalent to a postgraduate degree, and achieve QTS without having to go to university – all while being paid.

The group believes that the scheme could help to boost the number of trainees entering teaching  and meet the government’s pledge of generating three million apprenticeship starts by 2020.

He told Schools Week: “When we first met with the DfE they said ‘yes, you’re pushing an open door with the teaching apprenticeship pathway’. So they told us to crack on and see how many schools we can engage with.

“We put a call to arms out to the schools in our network and we had more than 350 register to support the pathway, which is unbelievable. This is certainly going to be a flagship scheme within education.”

Povah said that schools were eager for the full teaching apprenticeship to be approved because they wanted to use the money they were paying out in the apprenticeship levy on “appropriate frameworks that help us to develop our staff”.