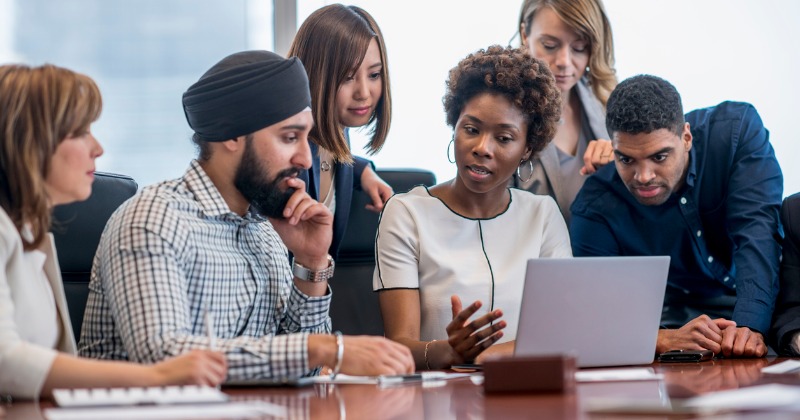 Ninety-six per cent of school business leaders are white, a new survey has found, prompting warnings that “structural racism” could be holding minority candidates back.

The Institute of School Business Leadership (ISBL) has today published its School Business Professional Workforce Survey Report – the first comprehensive report on the sector in almost a decade.

The role of school business leaders has grown in importance in recent years, caused in part by the increase in school autonomy through the academies programme.

ISBL’s survey was conducted to inform the organisation’s future strategy, and while the results paint a generally positive picture, they also raise some concerns, particularly on the issue of diversity.

Of the 939 practitioners involved in the survey, just 4 per cent were non-white, a finding that has “implications for the diversity of the business leadership”, according to the professional association.

A spokesperson for BAMEed Network, which represents black, Asian and minority ethnic education professionals, said the results were “not surprising”, and warned that “structural racism and bias” often contributed to people from BAME backgrounds not progressing past “middle-ranking roles”.

The grassroots organisation works to make the education sector more reflective of the society it serves.

The lack of diversity in the education sector more generally, but particularly in leadership roles, has prompted pledges of action from the government.

Schools Week previously revealed that just three per cent of the largest academy trusts in the country are led by non-white bosses.

Matthew Clements-Wheeler, ISBL’s Chair, said: “It would be a tragedy if the profession didn’t make moves towards being more representative of the schools and communities we serve.”

Elsewhere the survey found the majority of respondents worked in excess of their contracted hours, while more career mobility was noted for those in academy trust structures or with higher-level qualifications.

ISBL intends to share its findings across the sector and work to address the issues highlighted in the survey.