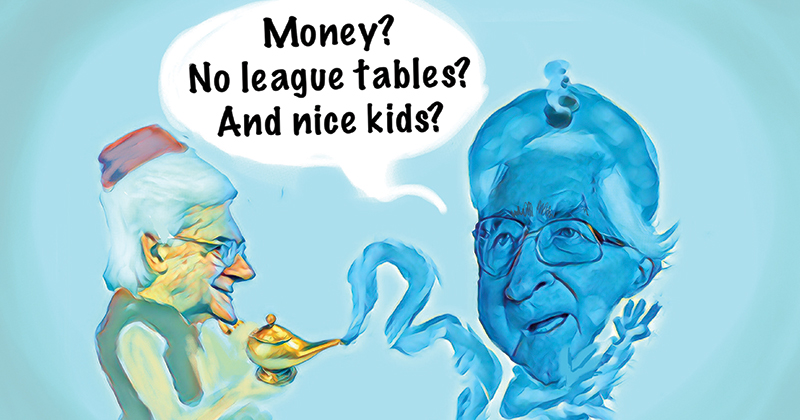 The organisation that oversees the ailing university technical college (UTC) programme has called on school leaders to “assess” which pupils best fit the vocational schools before sending unsuitable learners on to them.

The Baker Dearing Trust (BDT) also wants more funding than mainstream schools, as well as altered performance measures to align with their curriculum.

The findings come as the UTC project flounders: seven have closed or announced they will do so because of low pupil numbers and financial issues.
But BDT claims there are “many instances” where pupils are wrongly advised to join UTCs, with some youngsters enrolling simply to avoid a permanent exclusion from a mainstream school.

One school even encouraged the 45 pupils in its bottom sets to transfer wholesale to its local UTC, according to Peter Wiley, director of education at the trust.

He said that while UTCs “welcomed” pupils with special needs and behavioural problems, they were not the population “for whom UTCs were designed” as many had little or no interest in science, technology, engineering and maths (STEM) subjects, and were not prepared for longer school days and their “business-like environment”.

UTCs welcome pupils with special needs and behavioural problems, but they are not the population for whom UTCs were designed

Baker Dearing therefore wants the government to “act to stop” mainstream schools from encouraging pupils to transfer to a UTC “without any assessment” of whether it is the right move.

NFER’s report, Behind the Headlines, found the demographics of pupils – in terms of prior ability and family income – were not dissimilar to those in mainstream schools. However, pupils were more likely to have a pattern of high absence by the time they left the mainstream.

Wiley said school leaders and teachers should visit local UTCs to “understand what is on offer” and “keep track of pupils who perform well” in STEM or who demonstrate good spatial skills – those who tend to think in images before converting them into words.

“Age 14 is too early to specialise,” she said. “The trust’s demand that only suitable young people should apply to UTCs suggests it wants only pupils who will perform highly – that is, selection at 14.”

In February, Lord Baker, a key architect of the ailing programme, won a major concession in the House of Lords to force all schools to give UTCs access to promote their institutions to pupils. In the same month the government handed out more than £100,000 in funding to councils to enable them to write to parents promoting post-14 education options such as UTCs.

But the NFER report concludes that “far more” needs to be done to support the struggling programme.

BDT also wants the Department for Education to give UTCs more funding to recognise that some vocational courses were “more costly to deliver than others” and that UTCs had a longer day and required specialist equipment.

Wiley said BDT would welcome a “technical premium” in the schools’ funding formula.

Downs, however, said it would be “far better” if the government were to fund all schools and post-16 provision “adequately and fairly” rather than “give way to special pleading”.