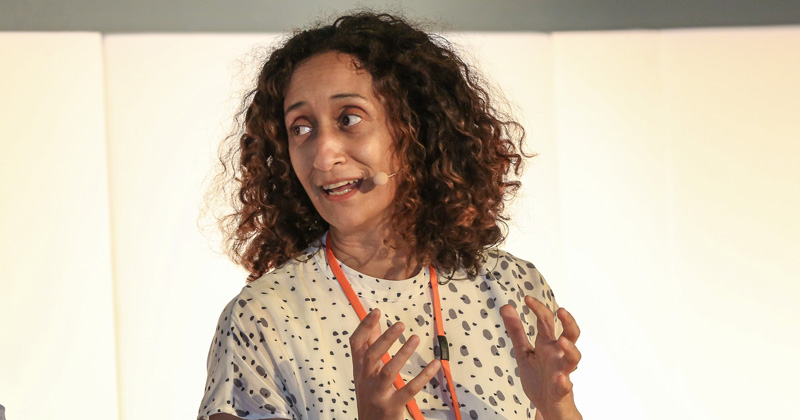 Detentions were “a kind of violence” against pupils, said a conflict expert during a heated panel debate on pupil behaviour.

Maria Arpa, chief executive of the Centre for Peaceful Solutions, which helps to prevent community conflict, said that detentions aimed to improve behaviour by telling pupils they should do the right thing because otherwise “someone bigger than you will get you for it”.

As such, detention and other punishments, such as isolation and exclusion, “perpetuate a domination culture” and were inherently a kind of violence.

Instead, pupils must develop a moral compass “from the inside-out, not the outside-in”, she said.

But she was strongly challenged by school behaviour experts, including Tom Bennett, the government’s independent behaviour tsar.

“It’s not violence, it’s part of a wider diet of helping them.”

He added that there was a “serious national problem with behaviour”, although figures across schools were difficult to come by because of the inconsistency of school record systems.

When we imagine that helping a child correct his behaviour is to hurt him, we destroy authority

Nick Rose, a researcher for Teach First, suggested during a separate event on behaviour that even Ofsted was unable to accurately assess the scale of the issue as teachers were not incentivised to confess their concerns.

“Teachers don’t honestly answer Ofsted’s questions about behaviour because they know that going into ‘requires improvement’ won’t make anything easier for them.”

“I’m surprised with what Maria’s saying. When we imagine that helping a child correct his behaviour is to hurt him, we destroy authority.

“That’s why poor children are unable to change their stars.”

Birbalsingh, who is a supporter of traditional discipline, has previously argued that “poor children are kept poor” in English schools because of a culture of “low expectations”.

In her school, which Ofsted last month said was outstanding in all categories, pupils walked between lessons “in single file, in silence, eyes ahead”.

When asked by a delegate whether her school was as “creepy” as it sounded, Birbalsingh said that “it would be a mistake to think there was no laughter at Michaela” but that there was “the right time for laughter”. She added there was more laughter than in other schools because “there was no bullying”.

Arpa, who has worked with gangs and young offenders, said strict rules such as these produced “nice, dead people” accustomed to operating on compliance rather than independent thought.

One secondary school employed Arpa’s organisation after it found that using a “similar” disciplinary model to Michaela’s resulted in “no student voice”.

But Birbalsingh said that clear punishment and reward structures helped children to become kind adults as it reinforced good behaviour until it was “habit”.

Her school used a “triangle system” with pupils wanting to avoid a “de-merit” or detention at the bottom, moving to achieving a merit in the middle, to where good behaviour “becomes who you are” at the top.