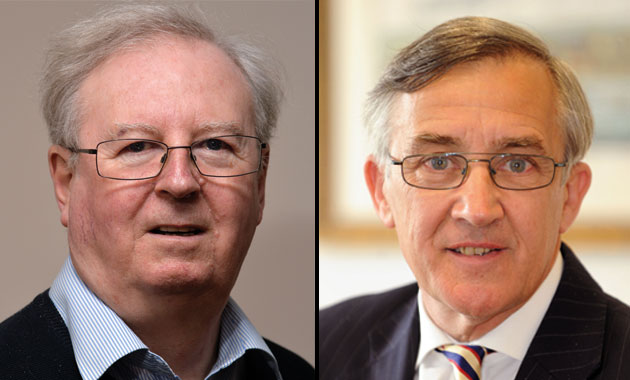 The Department for Education statistics, for last autumn, show how Elutec, in Essex, is the worst of the UTCs with a figure that put it at eighth in the list of shame among providers which recruit pupils aged five to 15.

The figures come just days after the doomed Black Country UTC was hit with an Ofsted inadequate result with a report that outlined poor attendance and behaviour, as reported on feweek.co.uk.

A spokesperson for the Baker Dearing Educational Trust, the organisation behind the UTCs model, said all UTCs monitored absence “very closely”, adding: “Where it is persistent they work with external agencies, as well as meeting with students, parents and carers, to try to improve poor attendance which is often linked to wider issues.”

However, Professor John Howson (pictured above left), managing director of DataforEducation.info and a fellow of the University of Oxford, said the figures raised questions about the UTC intake.

Professor Howson told Schools Week: “It’s difficult without going and looking at them but one has to raise the question in some cases, some comprehensive schools may be steering certain 13-year-olds towards making a change at 14, and they may not be the ones they identify as pupils they want to stay until 18.”

A Department for Education spokesperson said: “Equipping young people with the skills they need to secure great jobs is a key part of our plan for education and studio schools and university technical colleges are instrumental in this.”

He added: “They are new schools and are particularly effective in helping pupils who may not be suited to more traditional education to succeed. We expect all UTCs and studio schools, as with all schools, to promote good attendance and take action to tackle persistent absence.”

It is not the first problem revealed to have been affecting UTCs specifically, and comes after Schools Week’s sister paper FE Week revealed in April that six of the existing 30 UTCs were operating at up to just 33.3 per cent of their capacities.

Two UTCs — Hackney and Black Country — are due to close at the end of this year, but this did not stop the Conservatives launching their manifesto at Swindon UTC in April.

Nor did it stop Prime Minster David Cameron singing their praises in front of a packed House of Commons last Wednesday (May 27).

During a Parliamentary debate following the Queen’s Speech, Mr Cameron was pushed by Aldershot MP Sir Gerald Howarth (pictured above right) to praise Lord Baker, the former education secretary who is a key proponent of UTCs.

Sir Gerald said: “Will my right honourable friend also pay tribute to our noble friend Lord Baker, the former secretary of state for education, who has launched a fantastic campaign to promote UTCs?

“They offer a fantastic opportunity to young people who are not necessarily the most academic but who have technical skills, tapping into that resource, which this nation has, and providing skills.”

Mr Cameron replied: “My honourable friend is absolutely right. I pay tribute to Lord Baker of Dorking. He was a huge enthusiast for education reform when he was secretary of state, and he has kept that going all his life.

“UTCs are a great success — indeed, we launched our election campaign in one in Swindon. They help to complete our education system by providing what was missing: a high-quality technical education for children who would benefit from it.”