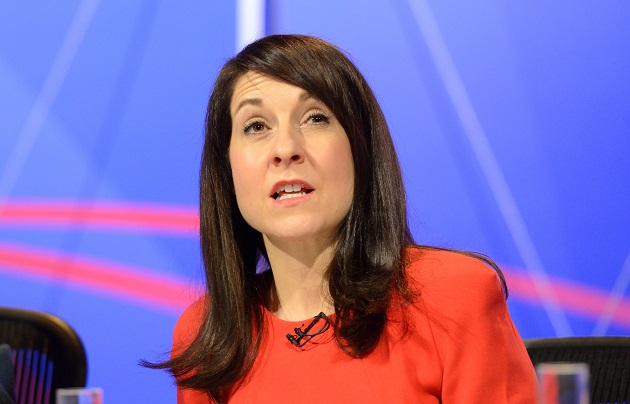 Businesses, community activists and union members could be sent into schools to promote how education can “transform children’s lives” under plans due to be outlined today by Labour leadership contender Liz Kendall.

The Leicester West MP who has been an unexpected force in the leadership contest triggered by Ed Miliband’s resignation on May 8, will today announce plans for a project called “inspiring the future”, which would be launched if she became leader.

In a speech to De Montfort University in her constituency, Ms Kendall will describe herself as a “state school girl from Watford” and ask to be elected as Labour leader “not because my background is extraordinary”.

She will say: “Making sure children from all backgrounds learn about opportunities that are usually available to a few, is an inspiring vision of what our schools can be. That means ensuring there is strong leadership and great teachers, particularly in the most deprived areas.

“It means being as demanding about maximising the potential of the A grade student who is taking their exams early, as the child who might just be able to get the grades they need to earn an apprenticeship if they give it their all.

“It means stretching and supporting children with special educational needs, autism and physical and learning disabilities – and offering fair access to the curriculum to children with dyslexia and children who are excluded who must never be forgotten.

“It means asking even more of our teachers, but never forgetting the amazing contribution so many of them make – and never denigrating them for a cheap headline, as David Cameron shamefully allowed Michael Gove to do for four years.”

Ms Kendall will say that the Labour Party does not need to wait to make a start, pointing out that the opposition can usually “only criticise, not act”.

She will say that inspiring pupils is something the party can do “right now”, adding: “I want to see businesses, charities, universities, volunteers and parents play a bigger role in helping to raise standards and achievement.”

Outlining her desire to see every Labour council “lead a revolution” in opening horizons for pupils, she is expected to say that Labour under her leadership won’t use opposition as an “excuse for inaction”.

She will add: “So as Labour leader, I will launch an ‘inspiring the future’ project, bringing together businesses, voluntary and community activists and union members, to encourage them go into state schools and show how education can transform children’s lives.

“It will be a programme independent of our party, and open to all, but run according to our values – that by the strength of our common endeavour we can achieve much more than we achieve alone. As leader, I’ll volunteer too, going to state schools across England, bringing with me successful people from all backgrounds to tell children how education helped us, and how it can help them too.”

In her speech, Ms Kendall will also say she intends to make early years a “top priority”, improving children’s centres and expanding their role.

A Conservative Party spokesperson said: “This week the Labour Party showed just how much importance they placed on education when they didn’t even bother debating it as part of the Queen’s Speech.

“If Liz Kendall is serious about improving young people’s life chances, she might want to have a word with one of her biggest backers Tristram Hunt who has spent the last two years promising to undo all of the work that the Conservatives have done to raise standards, empower parents and close the attainment gap between pupils from disadvantaged backgrounds and their peers.”