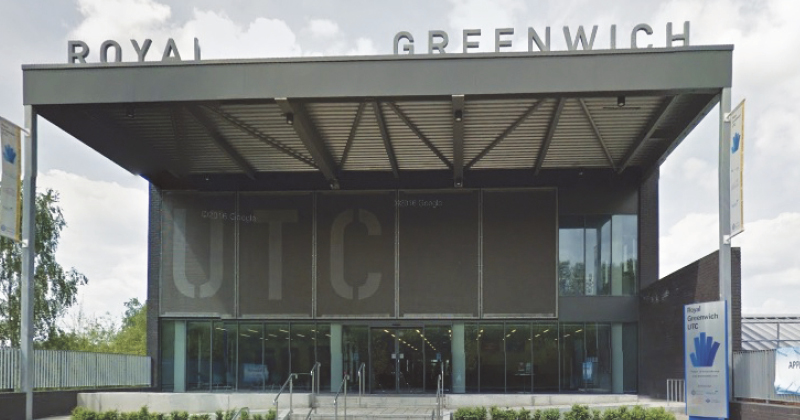 A south London council is facing a £13 million bill to convert a university technical college in financial trouble into a secondary school which will meet demand for places.

Royal Greenwich UTC (pictured) will become Greenwich trust school from next September, just two years after it opened as a 14 to 19 institute.

A spokesperson said: “The Greenwich UTC sadly did not attract the expected numbers; as seen with colleges nationally, some students were hesitant at switching to a technical course at the age of 14.

“Therefore, it is only right that we invest in the school and change its learning provision to better meet the needs of students and the community.”

The college, which according to its website cost £10 million to set up, will instead cater for 11 to 18-year-olds.

The new school will offer 150 places in each of years 7 to 9 from next year. The government has already agreed to the expansion.

Most of the £13.7 million bill will be paid by the council, but £200,000 will come from its section 106 payments – money that a developer pays to a council to reduce the impact of a development.

The council would not comment on the £13 million cost. Greenwich UTC did not respond to repeated requests for comment.

A lack of financial viability because of low pupil numbers has been a common trend for UTCs since their conception in 2010.

Research by Schools Week’s sister paper FE Week in February revealed that student numbers had fallen in 40 per cent of UTCs that opened between 2010 and 2013.

The Department for Education confirmed last month that a proposed UTC developed in partnership with Burton and South Derbyshire College would not open, despite the government spending more than £8 million setting it up.

Just last week, Heathrow Aviation Engineering UTC was issued a financial notice to improve due to an “apparent loss of financial control”.

The UTC, which opened in north London in September 2014, failed to balance its budget and has suffered cash flow problems since 2015, the Education Funding Agency said.

The college must now get approval from the agency for all its transactions and launch an external governance review.

Former education secretary Nicky Morgan has also admitted to concerns about the UTC model, conceding the institutions should admit pupils from the age of 11.

At a fringe event on educational inequality at the Conservative party conference this week, she said: “I would … like to see them admitting pupils from the age of 11, because I think that would mean they would have a stronger, more sustainable pipeline of students.”