Using mock as a “back-up” in the case of any disruption to exams next year could disadvantage poorer pupils even more, a social mobility expert has warned, saying that teachers assessments could be a better system.

Earlier this month, The Guardian reported that mock exams could be part of the government’s “plan B” should pupils end up missing A-level and GCSE exams next year. Ministers are still considering proposals, and are set to announce further plans later this term.

However, Sammy Wright, a commissioner at the Social Mobility Commission, said using mock exams in January as a “back up” would “compound” the disadvantage as they haven’t had the time to catch-up on what they’ve missed.

Wright was answering a question on the impact of Covid-19 on areas where there are high proportions of disadvantaged white pupils at the parliamentary education select committee this morning. 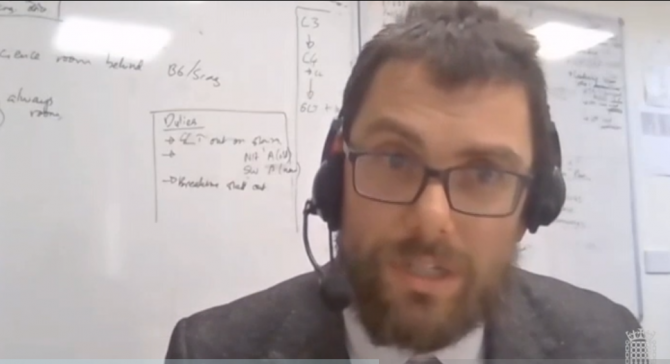 Wright said: “What we need to do is trust the teacher assessment system, we need to ask teachers to base it on mocks, but they need to give a centre assessed grade that is a judgment and that judgment then needs to be moderated effectively – statistically adjusted if need be – but done so in a way that is actually thought out beforehand and planned carefully.”

The government is maintaining that exams will go ahead next summer, “as they are the fairest and most accurate way to measure a pupil’s attainment”. They have pushed A-levels and GCSEs back three weeks.

Schools minister Nick Gibb suggested earlier this month, before the national lockdown was announced, that some grade inflation will be allowed again next year to cater for learning loss.

But Henri Murison, director at the Northern Powerhouse Partnership, expressed concerns with the current system.

He said because of the concentration of school closures in some parts of the country, that an “organised and ruly” version of a teacher assessment may need to be considered.

Murison added: “We want a rigorous system but we also want fairness. We want kids in the north to do better. What we don’t want is, systematically, them getting worse results by no fault of their own, because if you have a disadvantaged gap, if you then have an unfair assessment system, that’s really a chronic issue for us.

“It means lots of kids will get thrown on an educational scrapheap that they shouldn’t have been put on.”

He said that it was “clear” the disadvantage gap has already grown significantly and said that the National Tutoring Programme in “its current form alone is not going to solve the problem”.

“We need to make sure the NTP has enough delivery capacity on the ground in the north of England and we haven’t seen enough probably face to face options because most of the organisations chosen aren’t necessarily here. There are some great providers… but we are still going to struggle to get enough provision.”

The committee is investigating the educational underachievement of white pupils from disadvantaged backgrounds.