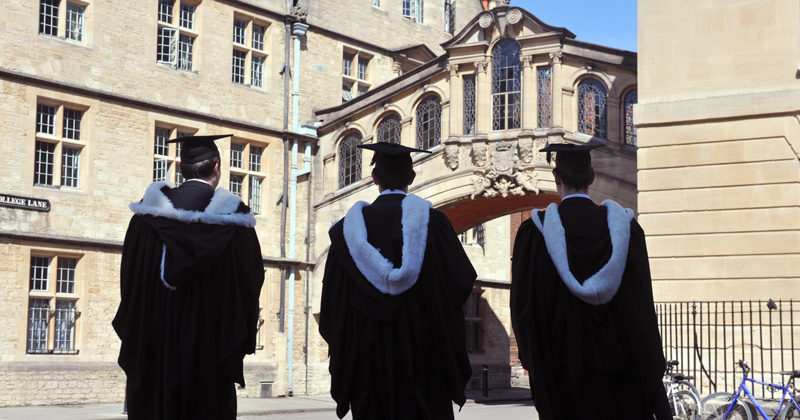 The gap in university admissions rates between rich and poor students is still “far too wide”, a union leader has said, after admissions body UCAS announced a record acceptance rate.

This year, 97.8 per cent of 18-year-olds in the UK who applied for a place through UCAS received an offer of a place, up 0.2 percentage points on 2018. Overall, 541,240 young people were accepted onto undergraduate courses.

But although disadvantaged pupils are now 61 per cent more likely to go to university than they were a decade ago, the richest youngsters are still 2.3 times more likely to enter higher education.

Geoff Barton, general secretary of school leaders’ union ASCL, said the equality gap between rich and poor students entering university “has narrowed but it is still far too wide”.

He said many disadvantaged students “remain unaware” some universities make contextualised offers which take into account background information about the student.

UCAS has recommended that teachers familiarise themselves with the practice, but Barton pointed to “years of real-terms cuts” which have left schools and colleges “unable to provide the level of student support they would like to offer”.

“This issue once again shows the importance of improving the level of funding to post-16 education as a matter of urgency.”

According to UCAS, which has released its latest “end-of-cycle” report, the “ongoing decline of 18-year-olds in the population” has led to increased offer rates, which in turn has increased competition between universities.

The number of people accepted through clearing also rose by nearly 10 per cent to 73,320 – another record high.

Of those, 28,030 used UCAS’s new online self-release capability, which allows any applicant who already holds a place at university to release themselves into clearing in order to apply to a different institution.

Clare Marchant, UCAS’s chief executive, said: “Today’s report shows the unprecedented opportunity for anyone currently thinking of applying to university to be ambitious with their choices.

“The trends identified through our analysis are very likely to continue into this year, with universities, colleges, and schools continuing to support students from a variety of backgrounds.”

The report also found that 73.6 per cent of 18-year-olds accepted onto courses received their first choice.