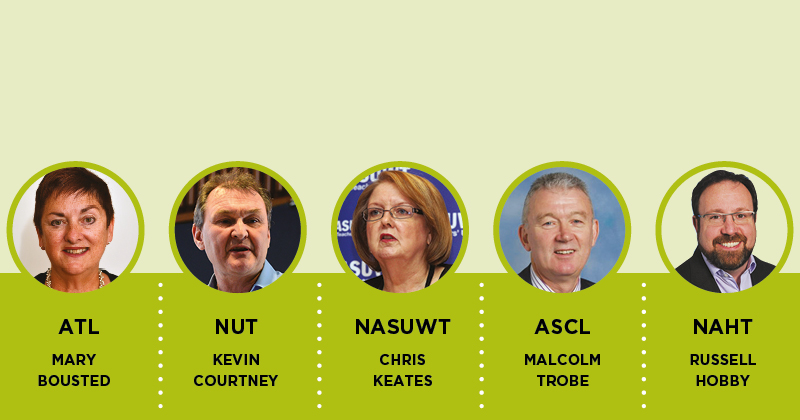 England’s teaching and leadership unions have reiterated their opposition to plans to expand selective schools amid rumours that ministers may try to buy their cooperation with the promise of extra funding for schools.

Documents reveal two of the most prominent unions – the National Union of Teachers (NUT) and the Association of Teachers and Lecturers (ATL) – have no specific debates on selection timetabled at their conferences next week, though both insist the subject will be aired.

The government’s much-anticipated white paper, which will set out how ministers will legislate to open new grammar schools, was expected several weeks ago. Schools Week now understands it is scheduled for a May release.

“I think people are waiting and seeing,” Mary Bousted, general secretary of the ATL said this week, before saying that the furore over the initial announcement to bring back grammar schools was a “phoney war” until further details were released.

But Simon Stokes, the union’s senior policy adviser, said the ATL would not reconsider its position on grammar schools, even if offered additional school funding as a sweetener.

“If we are to be an evidence-informed profession, then we have to follow the evidence that expanding grammars would not result in increased social mobility and would cost the system money it can ill afford.”

The NUT is also opposed to the expansion of selective education and will continue to campaign against government plans to expand grammar schools.

“The NUT would not be bought off on a matter of principle. The government’s plans for selective education will condemn 90 per cent of children to what would be in effect secondary-modern schools,” said a spokesperson.

The National Association of Head Teachers (NAHT) announced its opposition to the expansion of selection after a survey of members last year. The union will debate a motion aimed at reaffirming that position at its conference later this month.

Russell Hobby, the NAHT’s general secretary, insisted that more school funding “wouldn’t change our position on grammars”. “What is right is right, on all fronts.”

Equally, the Association of Schools and College Leaders said the expansion of selection “is a “distraction to the profession’s efforts to ensure that the education system works for everyone”.

It confirmed its position, set by its policymaking council, is “not negotiable”.

Unusually, the National Association of Schoolmasters and Union of Women Teachers said it did not oppose grammar schools, which it recognised as an “important part of the schools network”, but said it had raised concerns about plans to expand selection as it distracted from other issues.

“We are not looking at any deals around funding or anything else,” a spokesperson told Schools Week.