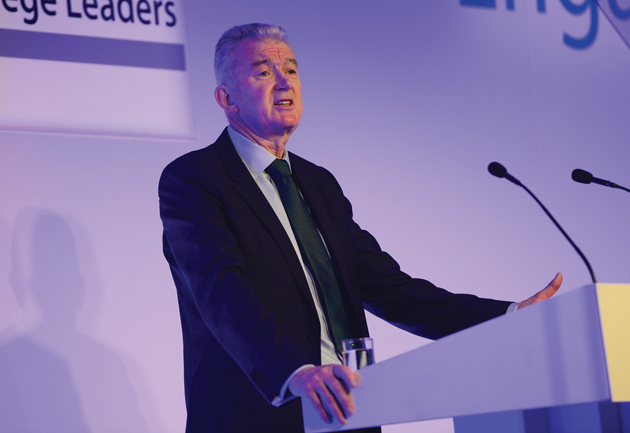 School leaders “take on too much” and must not be “slaves to bureaucracy”, warns ASCL’s interim general secretary Malcolm Trobe.

Mr Trobe (pictured above), who took on the role after the sudden departure of former general secretary Brian Lightman, told delegates that heads and other school leaders had to find ways of “reducing the burden” on teachers by removing unnecessary paperwork and procedures.

The former Malmesbury School head said it wasn’t just teachers’ workload that caused him concern, but that of school leaders who, in trying to do the best for the staff and students, “push themselves too hard”.

He said: “As a new head I was fortunate to be part of a study group led by Tim Brighouse. One of the things I remember him saying was you have got to look after yourself.

“He told the story we are all familiar with about the oxygen masks coming down in the plane and putting yours on first before helping anyone else. Our instinct always to cater for the needs of others, for the right moral reasons, sometimes needs tempering.”

He said every successful education system required the “essential resources of teacher supply and sufficient funding”, and warned that a teacher supply crisis was increasing the workload of stretched staff.

A recent ASCL survey found that more than three-quarters of heads felt the current and forecasted financial situation had a “detrimental impact on the education they are able to provide”.

“The majority [of respondents] have had to reduce the number of courses on offer, increase class sizes, reduce the budget for teacher professional development and cut classroom resources.

“On teacher supply, nearly 90 per cent have had difficulties recruiting teachers and the vast majority said this was impacting on both the education they are able to provide, and on the workload and stress among staff.”

Mr Foulds warned that many schools were having to use more supply agency staff and non-specialists to teach subjects in which there were vacancies. “These problems are so acute that there is, I believe, a serious danger we will not be able maintain current standards, let alone raise them further.”