Families are being made to pay up to £4 extra to add compulsory initials on to items of PE kit – in some cases, pushing the school uniform price up by 20 per cent.

Labour MP Mike Amesbury, the architect of a law to make schools ensure their uniforms are more affordable, wants statutory guidance to limit the number of branded items.

He told Schools Week that disadvantaged families are “choosing schools based on whether they can afford the uniform”, with demands for logos on multiple items prohibiting parents from finding cheaper alternatives.

He is also demanding a clampdown on schools requiring pupils to have their names or initials embroidered on items of uniform, amid concerns the practice prevents pupils from handing items down to younger siblings.

Schools Week found multiple examples of schools that require initials to be embroidered on multiple items of clothing, with charges for the service if parents don’t have the means to do it at home.

For example, the Weald of Kent Grammar School requires all pupils to have their initials embroidered on their PE polo shirt, “skort” (shorts designed to look like a skirt), gym and dance T-shirt and hoodie.

According to the website of local uniform supplier Simmonds, the full kit would already cost £75 without embroidery. The extra charge of £4 per item to add the initials totals £16.

Liz Bone, Weald of Kent’s headteacher, said the school had decided to stop requiring initials on PE kit from this September, and had reduced the number of compulsory branded uniform items more generally.

But she said the decision was not prompted by a recent backlash over the cost of uniforms, or the plans to make the guidance compulsory.

“I became head here in 2018 and it was one of the things I wanted to look at, to rationalise what we do” she told Schools Week.

Bone, also a former pupil of the school who remembers having to embroider her own PE shirt, said the practice was an old tradition, and “something that perhaps hadn’t really been thought about”.

The school’s parents and teachers association also sells second-hand uniforms, and children eligible for the pupil premium are given financial help, she added.

Stroud High School, in Gloucestershire, states in its uniform policy that PE kit “must be embroidered with the student’s full name on the burgundy shirt, with initials on the skort and shorts, and with name tags on every item”. 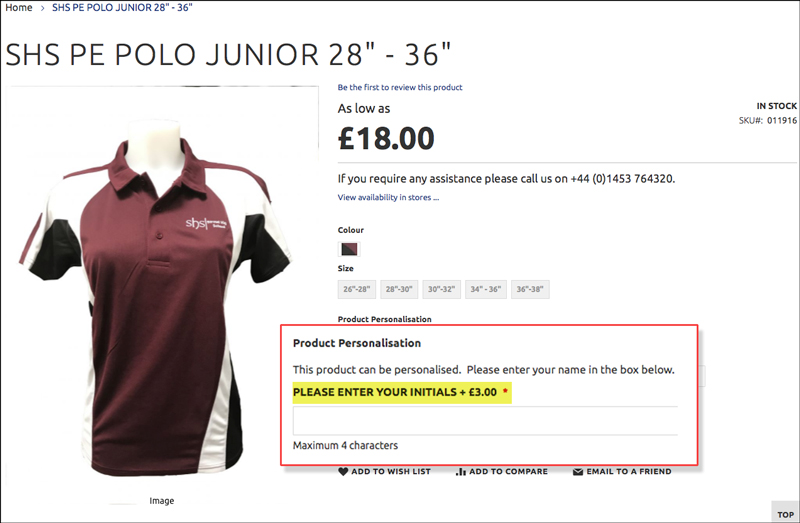 Again, there is an extra charge by local uniform supplier Bateman’s for the embroidery – £3 per item.

Figures collected by the Department for Education in 2015 show that parents paid an average of £213 for a full school uniform, with PE kits costing between £70 and £140 on top. Those costs are likely to be higher now because of inflation.

Alison Garnham, chief executive of the Child Poverty Action Group, said her organisation’s surveys showed hard-up families “really worry about school uniform costs. Parents dread the bills for a blazer or a school bag, especially at ‘back to school time’, and children can feel awful if they look different from their school mates, when they just want to fit in with everyone else.”

An investigation by Schools Week in 2018 found parents being stung by deals between schools and sole uniform suppliers. One school even charged £4.50 for compulsory branded “drama socks”.

Current government guidance states that schools should secure value for money for parents in their uniform policies, and discourages the use of exclusive supplier deals.

However, despite repeated promises by ministers since 2015 to put the guidance on a statutory footing, schools are still not required by law to follow it.

The government has confirmed it will back Amesbury’s bill to enshrine the guidance in law, meaning it is highly likely to pass.

Nick Gibb, the schools minister, said the government intends to draft and consult on new guidance as part of this process.

The bill also has the backing of the Liberal Democrats, but despite this cross-party support, Amesbury suspects he may face opposition to some of the more restrictive proposals he wants.

“I’d like to see a restriction on the number of logos you can have on one uniform in the guidance. I suspect I’ll get some pushback on that, but I have told ministers [it’s what I want],” he told Schools Week, adding that he believes two logos per full uniform is enough.

“At the moment, you’ve got schools that need a logo on the jacket, the shirt, the tie, the jumper. You’ve got working-class families who are choosing schools based on whether they can afford the uniform.”

A clampdown on the compulsory use of initials is also likely to face opposition. But Amesbury said the practice is costing families extra and preventing hand-me-downs.